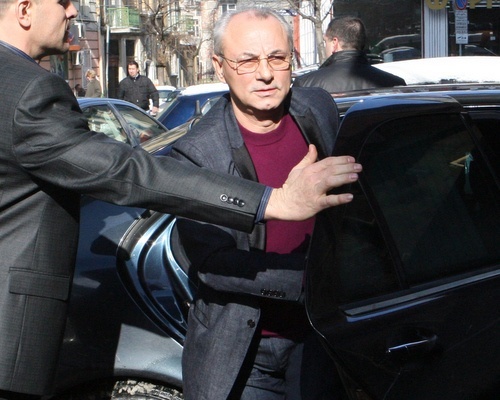 The latest embezzlement allegations against Ahmed Dogan (pictured) have been widely considered to be a litmus test for the government's willingness to fight high-level corruption. Photo by BGNES

Bulgaria ethnic Turkish leader Ahmed Dogan managed to escape prosecution over allegations that he pocketed BGN 1,5 M as a consultant of hydro projects funded by the state.

A meeting of the parliamentary commission for corruption fight and conflict of interests, which was to vote Thursday on sending Dogan to the judiciary, failed after two of its members surprisingly did not show up.

Borislav Velikov, MP from the Bulgarian Socialist Party, and Nikolay Kotsev from the ruling GERB party, failed to appear at the meeting for what were said to be “personal reasons”, triggering suspicions of behind-the-scene moves aimed to rescue Ahmed Dogan.

“Someone does not want to solve the issue and prefers to just postpone it,” the chairman of the commission Dimo Gyaurov from the right-wing Blue Coalition, commented.

According to Gyaurov the commission was highly likely to support the proposal for approaching the Supreme Administrative Court on the back of the strong evidence gathered.

Ahmed Dogan, leader of the ethnic Turkish party Movement for Rights and Freedoms (DPS), which was a member of the former three-way government, allegedly took BGN 1,5 M as a consultant of four large-scale hydroelectricity projects - ‘Tsankov Kamak’, ‘Dospat’, ‘Gorna Arda’ and ‘Tundzha’ Dam.

The scandal erupted in May after a visit of Prime Minister Boyko Borisov to the site of the hydroelectric power plant ‘Tsankov Kamak’, where he revealed that a huge hike in the initial price has been discovered and prosecutors have already been alerted.

The money for the hydro power plant "Tsankov Kamak", from where Dogan took the sky-high payment as an “expert”, were paid by the state-owned National Electricity Distribution Company, left in tatters after the ruling of the previous cabinet.

The new center-right government of Bulgaria was elected on an anti-corruption mandate last July and on the promise to bring to justice those involved in huge-scale corruption schemes.

The latest embezzlement allegations against Ahmed Dogan have been widely considered to be a litmus test for the government's willingness to do so in practice.