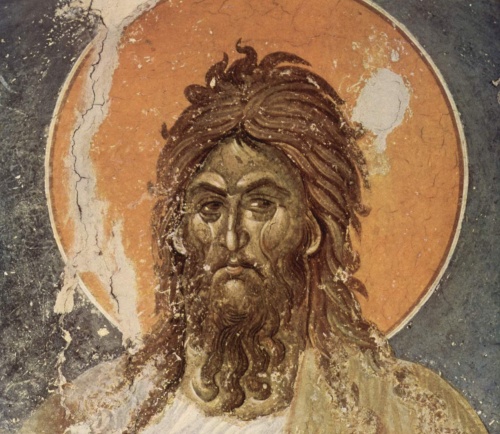 St. John the Baptist. Detail from an icon at Gra?anica monastery in Kosovo. Image by Pravoslavieto.com

Parts of St. John the Baptist's relics might have been discovered during archaeological excavations in Bulgaria's southern Black Sea town of Sozopol, report Bulgarian media.

Archaeologists investigating the Sv. Ivan (St. John) island off Sozopol have found an exquisite reliquary – a relic urn – built in the altar of an ancient church bearing the name of St. John the Baptist

The reliquary has the shape of a sarcophagus and is dated end of 4th - beginning of 5th c. AD. It was discovered by the team of Prof. Kazimir Popkonstantinov.

The church's name, as well as the fact that it had a special emperor's statute issued, has hinted to archeologists that it might actually contain St. John's relics. The urn is expected to be opened Sunday.