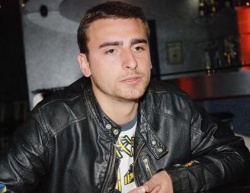 My son Asen is not missing as UK tabloid Sun will have it, stated Margarita Berbatova, mother of Bulgarian Manchester United striker Dimitar Berbatov.

“That is complete nonsense, I am constantly in touch with my son,” said Berbatova for Bulgarian news agency BGNES.

Thursday The Sun came out with the title “Berba's Brother 'Kidnapped'”, explaining that Asen Berbatov was abducted by gangsters in Bulgaria over debt and “has not been seen for a month.”

The British paper further quotes Bulgarian police from the Berbatov brothers' native Blagoevgrad, where Asen resides, who allegedly say that they are aware of his disappearance but cannot start a search for the younger brother before the family files a report that he is missing.

Blagoevgrad police stated for BGNES that they have no information whatsoever that the younger Berbatov has been abducted.

The Sun quotes prior threats to the Berbatovs family for kidnapping for ransom, and ends by stating that Dimitar is on bad terms with brother Asen “over his younger brother's alleged gambling and cocaine habits.”