Bulgaria to Mandate Direct Deposits for All Salaries 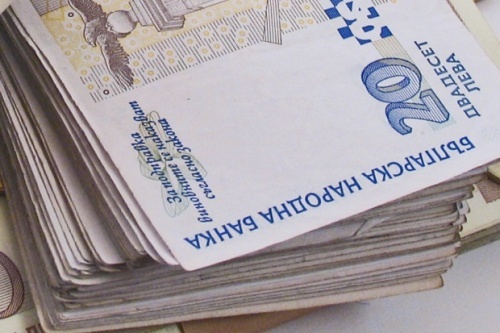 By 2020, the retirement pension of алл insured Bulgarianс must reach 65% of his or her average income for all the years of service, according to an agreement reached by the cabinet, the employers and labor unions. File photo

The representatives of the Bulgarian cabinet, the employers and labor unions, from the so-called Three-Way Council, agreed Wednesday on several new measures for reducing the social security deficit.

The debate surrounding the Social Security Institute (NOI) lasted three days and concluded with promises from Prime Minister, Boyko Borisov, that the mandatory insurance contribution would not go up until the end of 2012 while criminal charges would be faced only by employers who conceal these contributions and not by those who fail to pay them.

The business in the face of the employers say that increasing insurance deposits would not solve the problems of the retirement reform and of NOI because it would not motivate the economy's recovery.

The labor unions, however, insist on increasing these deposits as a way to stabilize the retirement and social security systems, but at the end all three sides declared a common position to balance the latter by the end of 2015 when revenues from insurance deposits should cover the social security expenditures. By 2020, the retirement pension of all insured Bulgarians must reach 65% of his or her average income for their entire service.

The Three-Way Council also decided to institute measures to limit cash payments between businesses and to make the direct bank deposit of salaries mandatory.

The Social Policy and Labor Minister, Totyu Mladenov, reiterated the pension reform will not be postponed.