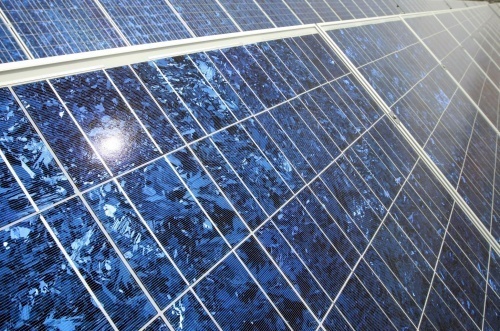 Bulgaria is undergoing a boom in the renewable energy sector. File photo

AES Corp., the U.S. power producer with operations in more than two dozen countries, is keen on constructing in Bulgaria a USD 400 M solar power plant with a capacity of 80 megawatts, the American ambassador in Sofia announced.

“AES has been waiting for six months to go ahead with its investment, which costs nothing to the Bulgarian government,” US Ambassador to Bulgaria, James Warlick, said a joint press conference with representatives of AES Solar Energy.

The ambassador pointed out that Bulgaria has repeatedly said it needs energy diversification and foreign investments. He made it clear the American company won't hesitate to approach Romania should its bid to enter the Bulgarian market continue to be hampered.

Bulgaria is undergoing a boom in the renewable energy sector, but experts have warned the government it could actually end up doing more harm than good for the environment.

The current boom originates in a European Union-wide agreement under which Bulgaria has said 16 percent of electricity consumption will come from renewable energy sources by 2020 compared with under eight percent now.

AES Corp., is the second American company, which voiced plans for investments in Bulgaria and was personally presented by the US envoy here for the last two weeks.

In the middle of July Ambassador Warlick gave an official presentation of the American company Chevron, which has expressed interest in drilling for shale gas in the country.

Chevron Corp. has applied for a permit to explore for natural gas in shale deposits in northeastern Bulgaria near the Romanian border.