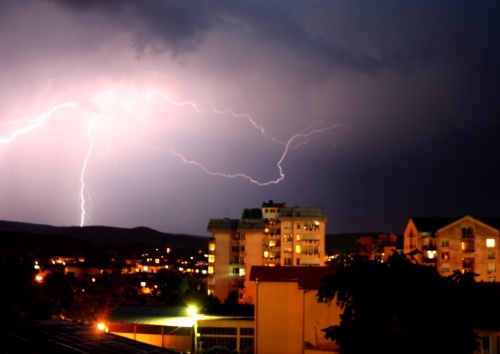 116 liters of water per square meter have hit Saedinenie, flooding over 500 houses.

The industrial part and the Roma neighborhood are among the most severely hit.

Bulgaria's second city Plovdiv has also been hit by the torrents, with 50l/sq.m reported. The city's draining system is full and water has started to gush out. A number of buildings in the low-lying parts of the city have been flooded.

Two rivers nearby Pazardzhik, also in Bulgaria's Thracian lowlands, have flooded out of their beds and into agricultural lands.

Similar conditions were reported for other southern Bulgarian towns like Panagyurishte north of Plovdiv and Dospat to the south.

Sunday most of Bulgaria's districts raised a third-degree alert over looming torrential rains in the beginning of this week.