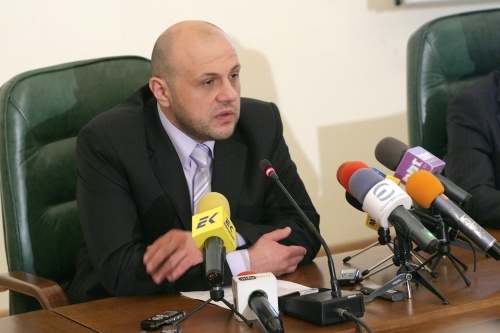 The Minister without Portfolio for EU funds, Tomislav Donchev, promised Bulgarians European money will help them soon to travel from Sofia to the beach in 3 hours. Photo by BGNES

Bulgaria cannot have any other goals than to use the EUR 7 B in EU funds to the last penny, the Minister on EU Funds, Tomislav Donchev, said Saturday.

Donchev, who spoke in a TV interview, pointed out in the last few weeks the country has, for the first time, reached the critical threshold of BGN 1 B paid to beneficiaries and BGN 5 B contracted, with a huge portion slated for preliminary, prep activities.

Tonchev explained 2 new highways are to be built with funds from the EU program “Transport” – Struma and Maritsa while the Lyulin highway is to be ready next spring.

Funds have also been slated for major railroads so that Bulgarians can travel from the capital Sofia to the Black Sea coast in 3 hours instead of the current 7 to 8.