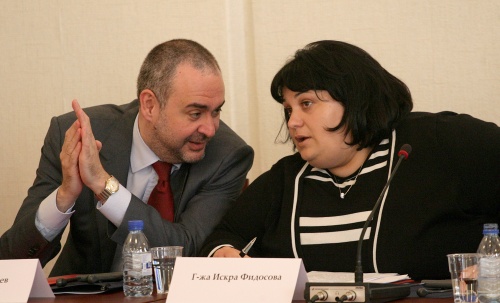 Iskra Fidosova, MP from the ruling center-right GERB party and chair of the Parliamentary Committee on Legal Affairs, said that legislative proposals are under way for the creation of a “specialized court” for heavy cases such as treason, organized crime, embezzlement and violations by senior state officials.

The lawyer MP reiterated the commitment of her party to the creation of a “specialized court” for high-profile cases as part of the ongoing reform of the judiciary in Bulgaria Thursday in an interview for Bulgarian bTV.

The new judicial body is going to be created via amendments to the Law on the Judicial System and the Criminal Procedure Code.

The special judicial unit is planned to comprise two courts – a specialized court of first instnance and a specialized appellate court. The court could review around 200 cases a year, according to Fidosova, and would include around 30 magistrates for each of the two bodies.

Fidosova added that the creation of the new court is “but a part” of ongoing reforms in the judicial system.

The GERB MP announced looming amendments to the Law on Conflict of Interest in order to specify its texts and provisions and to render them more concrete and effectively enforceable.

The idea for special courts to try high-profile accusations was initially launched by GERB Minister of Interior Tsvetan Tsvetanov in the spring as a way to combat organized crime. It provoked controversial discussions about the nature and legitimate limits of the independence of the judiciary from other state powers.