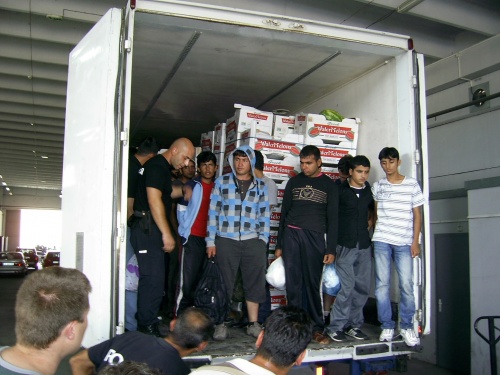 73 illegal immigrants from Afghanistan, Pakistan, and Sri Lanka were captured in Bulgaria. Photo by Customs Agency

The illegal immigrants, including two women and two children under 10, were hidden in a Volvo truck with Bulgarian license plates and a Greek driver transporting water-melons from Greece to the town of Debrecen, Hungary.

They were busted at the Greek-Bulgarian border, at the Kulata border crossing point with the use of x-raying equipment.

The illegal immigrants were hidden in a special secret compartment with air conditioning. They are found to have come from Afghanistan, Pakistan, and Sri Lanka. The border police and the customs are investigating the human trafficking attempt.