Bulgaria Back on the Road 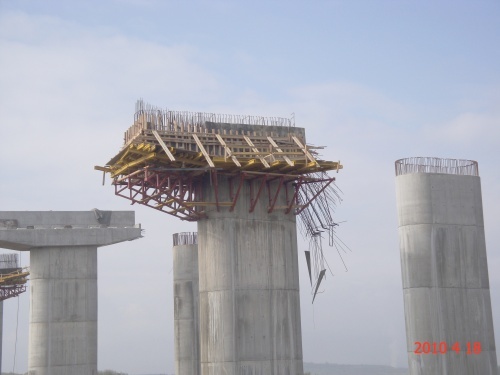 After years of hold-ups, Bulgaria's vital motorway construction programme appears to be flowing once again.

Anyone who has travelled on one of Bulgaria's major cross-country roads will be aware of the importance of the country's position on transcontinental transportation and trade routes, as well as the need for the highways themselves to be improved. Trucks from Turkey heading west are ubiquitous, and those from a wide range of farther-flung countries are also common. As the economies of Central and Eastern Europe and the Middle East have experienced rapid growth in recent years, volumes have risen.

However, sweeping six- or four-lane motorways become two-lane affairs with little warning, with major HGV routes passing through the centres of bucolic villages or becoming trapped in suburban bottlenecks. Meanwhile, surfaces are inconsistent - much improved on some stretches, terrible on others. The variance in quality along what are actually single continuous roads is due to the incomplete nature of Bulgaria's infrastructure investment programme, which, for all its high ambitions, has been hamstrung by political disputes, corruption, funding shortages and material price volatility. In January 2008, for example, the EU suspended much-needed payments to the Bulgarian National Road Infrastructure Fund after allegations of graft. The patchy progress in such a vital area is perhaps indicative of Bulgaria's struggle to realise its economic potential.

Bulgaria lies on four of the 10 Pan-European transport corridors identified by the EU as crucial transcontinental links needing substantial investment to enhance Europe's transportation infrastructure. While one, along the Danube, is largely a water-borne transit route, the three others are overland routes which cross the country, occasionally intersecting and coinciding.

Corridor IV runs from Central Europe through Romania to Istanbul and Thessaloniki, with the branches dividing at Sofia. Corridor VIII is an east-west route across the Balkans from Constanta on Romania's Black Sea cost to Durres on the Adriatic in Albania. Corridor IX, meanwhile, runs from Helsinki to Alexandropoulos on Greece's Aegean coast, cutting north-south across the heart of Bulgaria from the Danube port of Ruse.

These are far more than just theoretical lines on bureaucrats' maps. They reflect not only the recent growth of inter- and intra-continental trade, with the rise of the Middle East and emerging Europe, but age-old patterns of commerce and natural transport routes; corridor VIII, for example, broadly follows the Roman Via Egnatia. They also follow key proposed energy transit lines; the path of Corridor VIII is similar to that of the Ambo oil pipeline and IV that of the Nabucco gas pipeline. Finally, in a region that has had regular outbreaks of conflict over the past two centuries, the corridors are also strategically important for defence purposes.

The development of major roads is important both for these regional reasons and to stimulate and support Bulgaria's economic growth. Its transportation infrastructure lags behind that of most other EU members, and it has not been able to capitalise on its position as much as it should have done. Now it appears that momentum behind the motorway-building programme is being restored. The centre-right government headed by Boiko Borisov, elected last summer, has pledged to complete the Trakiya, Maritsa and Lyulin motorways by the end of its term in 2013, and make substantial progress on the Struma and Black Sea motorways.

Perhaps the most publicised of Bulgaria's troubled major road projects is the Trakiya Motorway. The route of the motorway runs from Kalotina on the Serbian border to Burgas, the country's second-largest port city, on the Black Sea, passing close to Sofia and Plovdiv, nominally the country's second city (often it is reported as running from Sofia to Burgas, but the Kalotina link will also be important). It is one of the more complete of the motorways, but it was held up in 2005-2006 by a dispute with the Portuguese contractor and has remained unfinished despite this being the main route from the capital to the country's main tourist area. The June tender for the construction of a 47.7-km stretch of the motorway, between Yambol and Karnobat in the east-centre of the route, attracted 13 bids, with Bulgaria's Holding Roads placing the lowest at BGN175m (€89.45). The same month, Greek outfit Aktor was ranked top bidder for the construction of the 35.7-km link between Nova Zagora and Yambol. In February, Unified Highway Trace, another Bulgarian firm, won the tender for a 32-km section between Stara Zagora and Nova Zagora with a BGN137.86m bid. Work is expected to start by August, and once these sections are complete, the main Sofia-Burgas stretch of the Trakiya, following Corridor VIII, will be complete.

The government has also announced that another 31 km of the Maritsa motorway, between Novo Selo and Lyubimets, will be complete by year-end. The Maritsa route runs from an interchange with the Trakiya at the village of Orizovo to the Turkish border at Kapitan Andreevo, where it links to the Turkish Avrupa Otoyolu (Europe Motorway) to Istanbul, making part of Corridor IV. Only 38 km of 117 km has been completed thus far, but Bulgarian Regional Development Minister Rosen Plevneliev has said that a central 67 km stretch from Orizovo to Harmanli will be finished by June 2013, finally linking Istanbul with Sofia and other major Bulgarian cities with an unbroken European-grade motorway.

Plevneliev has also faced down vocal opposition for a substantial cash injection for the Lyulin motorway project, which will link the western outskirts of Sofia to the nascent Struma motorway (Sofia-Greece) near the industrial city of Pernik, bypassing a notorious bottleneck at Vladaya. The project, like the Trakiya, has been hobbled by long and controversial delays, with Turkish contractor Mapa Cengiz demanding a huge price hike from an original bid of €138m to €215m for the 19-km road. A compromise total of €181m was eventually arrived at, with the Bulgarian government agreeing to stump up an additional BGN86m in June. At a time when Bulgaria is paring back its budget and under pressure to make further cuts, this has aroused some controversy, despite the expectation that much of the cost can be met by EU funds. Attempting to cool criticism, Plevneliev has stated that the motorway is "62% ready" – despite only 5 km being fully complete – after significant progress this year, and parliament has set a deadline of May 2011 for completion.

Foot on the pedal

Despite the worsening fiscal situation, with the European Commission demanding that Bulgaria cut its deficit from 3.8% this year to 3% in 2011, some analysts argue that pushing ahead with infrastructure projects should be an absolute priority for the country, as it can help both stimulate growth in the short term and support it in the future. "Targeted investment in infrastructure represents a virtuous form of government stimulus," Paulius Kuncinas, regional editor for Eastern Europe and Asia at publishing and consultancy firm Oxford Business Group, tells bne. "While we are all aware of fiscal constraints facing EU nations, the lack of public investment could undermine a country's competitiveness and growth potential. It is, therefore, encouraging that Bulgaria is trying to balance austerity with selective investment in infrastructure that in fact has an economic multiplier."

But even if the Trakiya, Maritsa, and Lyulin projects are completed on time – and given the past, that should by no means be seen as a certainty – it won't be the end of the story. The Hemus motorway, which should run from Sofia to the growing port of Varna on the Black Sea, and the Struma, are still far from completion. And it appears the government has decided not to prioritise them, at least for the next year, and perhaps for this parliamentary term (though rehabilitation of finished stretches of both is ongoing).

A change of government in 2013 - or even before - could once again hold up progress. But after some difficult years, a concrete commitment to vital road infrastructure is at least an encouraging sign.