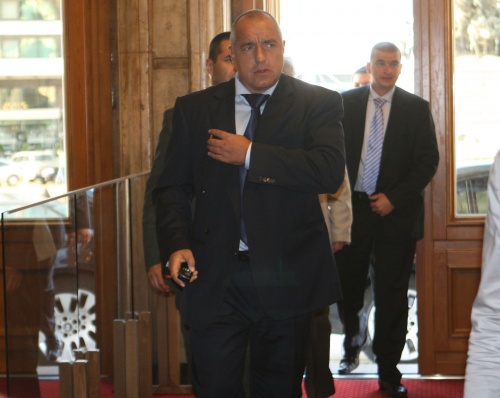 Bulgaria's PM Boyko Borisov has intervened personally in the drafting of the Privatization Act. Photo by BGNES

Bulgaria’s Prime Minister Boyko Borisov showed up in Parliament in person in order to demand the re-voting of a controversial law that had just been adopted.

Borisov’s intervention was regarding the most recent amendments to the Privatization and Post-Privatization Control Act, which provided for allowing the Governors of Bulgaria’s 27 administrative districts, i.e. the District Governors, to sell private state property worth up to BGN 500 000 according to tax assessments.

The amendment was repeatedly and vigorously slammed by the opposition Socialist Party as a “lobbyist” act, which provided the District Governors with too much power with respect to state assets.

At the same time they made literally pointless the existence of Bulgaria’s Privatization Agency as there were only two private state properties in Bulgaria worth over BGN 500 000, which would remain under the responsibility of the Agency, one of them being the National Palace of Culture in Sofia.

The Privatization and Post-Privatization Control Act had been adopted at first reading an hour before the Prime Minister came to the Parliament in order to discuss several draft pieces of legislation with the MPs from his party GERB.

After his intervention, the law has been amended to allow District Governors to sell state assets worth up to BGN 10 000.

Borisov said he had consulted with several District Governors early in the morning, and had found that precisely the deals for the privatization of lower-cost assets are the most numerous ones, and are facing huge delays as they have to go through the approval of the Agency for Privatization and Post-Privatization Control.

“This is why the Parliament and I are of the same opinion, and I am going to propose this amendment immediately,” the PM explained saying that the Privatization Agency will be in charge of any private state property deals worth more than BGN 10 000.

“I actually came to see my Deputy Parliament Chair (referring to Anastas Anastasov who was appointed to this position on Tuesday – editor’s note), to see if he has everything necessary for his work. Then, I am here to discuss several topics which have attracted a lot of public attention.

In his words, one of these topics is the legislation about violence against animals. The Prime Minister is convinced that the new law must provide proper punishments for the owners of dogs or other animals which hurt other people instead of focusing solely on punishments for people who treat animals in a cruel way.