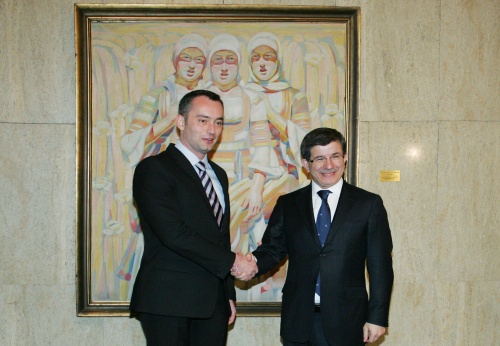 Bulgaria's foreign minister Nikolay Mladenov has played down concerns that Bulgaria would oppose a future membership in the EU on the part of Turkey.

Mladenov said that Bulgaria “supports the processes of EU-accession of Turkey”, speaking for the Anatolian News Agency in Dubrovnik, where leaders from the Balkans gathered to discuss the EU-integration of the region.

The Bulgarian foreign minister played down earlier comments to the effect that Turkey's road to EU membership is “long”, saying that we need to concentrate on real results achieved by the country in the process.

Turkey's membership depends on executing the reforms needed, especially in the fields of human rights and democracy, according to Mladenov, who also said that the final result is in the hands of the Turkish government.

Mladenov added that Bulgaria does not “lobby” for Turkey, nor for any other country, but as a new EU-member is supportive of the efforts of everyone.

Saturday in Dubrovnik Bulgarian PM Boyko Borissov expressed support on the part of Bulgaria for EU-membership for all countries in the Balkans.