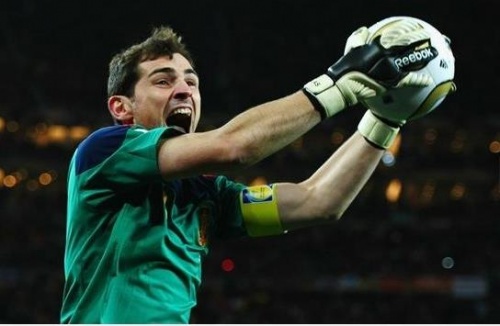 Previously known as the Lev Yashin award, by the name of legendary Soviet goalie active in the 50s and the 60s, the prize is given to the player considered the best defending the goal during the tournament.

Casillas is new champions Spain's team captain and his great play at the goal was instrumental for his country's triumph at the cup.