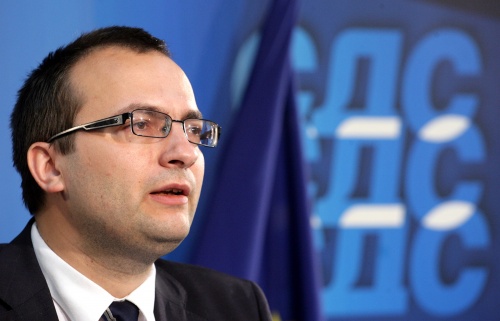 Bulgaria will face drastic fiscal demands if it resorts to seeking bailout aid from the International Monetary Fund as a result of the government's failure to cut state spending, says right-wing leader Martin Dimitrov.

“We will have a much larger deficit in 2011 if we fail to carry out the right reforms. We need a smaller deficit. It is one thing to project some things, and a whole other story to implement them,” declared Dimitrov, who is the Co-Chair of the rightist Blue Coalition.

The Blue Coalition, which in principle supports the center-right GERB party government, backed the 2010 Budget Revision Act at first reading, but did not vote in its favor at second reading demanding greater cuts in state spending. The law adopted on Thursday provides for a 4.8% budget deficit on cash base, and a 3.8% deficit according to EU accounting rules.

According to a recent statement of Finance Minister Simeon Djankov, his team is planning a 2011 deficit smaller than 2.7%.

Dimitrov's opinion appeared contrary to the ideas put forth a day earlier by the other Co-Chair of the Blue Coalition Ivan Kostov, who insisted that Bulgaria should borrow EUR 1 B from the IMF.

“We have no difference of opinion with Ivan Kostov. He will accept what I am saying because it is right. If we keep going this way, the IMF will arrive eventually and will demand immediately higher taxes and reduced wages,” Dimitrov told the Bulgarian national radio.

He insisted that the Cabinet should draft anew a program with measures for cutting state spending, and should start reforms immediately, vowing that his coalition is ready to help the government in that effort every single day, including during the August vacations.

Dimitrov reminded criticism on part of the European Commission, which is setting Bulgaria under the excessive deficit procedure because of its failure to keep the budget deficit below 3%.