Bulgaria to Join US Missile Shield over Concerns about Iran 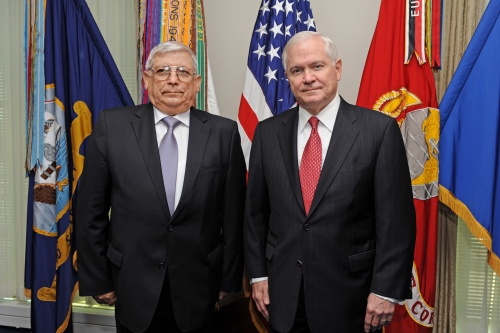 Bulgaria’s concerns about Iran’s missile capabilities are crucial for its decision to join the US missile defense in Europe, according to Defense Minister Anyu Angelov.

“We are the most interested state in Europe in the establishment of a missile shield because we are in the most threatened region – we fall within the range of ballistic missiles, medium-range ballistic missiles as the ones employed by the states in the wider Middle East,” General Angelov said in the Parliament lobby Friday.

“It is no secret that Iran has already conducted tests with Shahab-3 missiles which have a range of 2 000 km. Therefore, if you draw a circle around the potential launch site in Iran, you will notice that most of Bulgaria falls within the range of their missiles. Bulgaria is participating actively in the discussions and the practical realization of all steps concerning the establishment of a NATO-wide missile defense system,” declared the Bulgarian Defense Minister removing all doubts whether the country might join the new missile shield project put forth by the Obama Administration.

Yet, according to Angelov, it is too early to say even if the system will work out and what its technical parameters will be like. The Minister explicitly made it clear that Bulgaria was likely to host elements of the US missile defense in Europe.

“There is no way we can host the so called interceptor missiles because Romania has already declared its desire to host them on its soil, and it already has an agreement with the United States. So the interceptors won’t be located in Bulgaria but we can host auxiliary elements of the shield. However, this will become clear after the respective assessments resulting from expert talks, and only after NATO makes a political decision to adopt the missile defense as it own project, which will happen most likely during the Lisbon summit in November,” says Gen. Angelov who expects that NATO will make the missile shield in Europe its priority project for the next ten years.

The original US plan for a missile defense in Europe was put forth by the Bush Administration provided for locating interceptor missiles in Poland and a radar in the Czech Republic. The Obama modification of this plan from September 2009 provides for locating elements on the defense on naval vessels in the Mediterranean at first, and for using the territories of Bulgaria and Romania at a later stage, most likely after 2015.