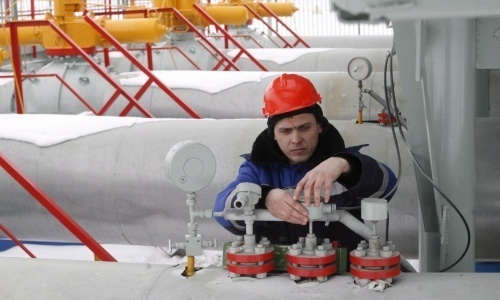 A delegation of Bulgarian experts will hold energy talks with giant Gazprom in Moscow in a bid to eliminate the notorious intermediaries in the purchase of natural gas from Russia and cut its price.

The meeting comes days after the visit of Russian Deputy Prime Minister Viktor Zubkov to Sofia, during which he expressed astonishment at high gas prices in Bulgaria and vowed to ensure lower sale prices of Russian gas in the nearest future.

The meeting also made clear that Bulgaria does not view Russian energy projects as unfavorably as was previously apparent, with Prime Minister Boyko Borisov expressing commitment to the South Stream gas pipeline, among other joint projects.

Bulgaria's contracts for gas delivery with Russia expire 2011-2012. Shedding intermediaries has been a long-time ambition of Bulgaria, but in April it was announced that negotiations with Gazprom have marked little progress.

Bulgarian officials say the gas price can by cut by one third, should Bulgaria succeed in changing the way it is calculated.