Bulgaria in a Bind 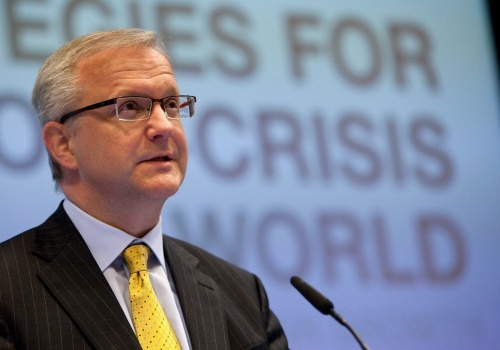 Renewed pressure on European economies has brought more bad news for Bulgaria, just at a time when the fabled green shoots of recovery appeared to be emerging. While the "crisis" may not be as drastic as some of the headlines suggest, more challenges lie in store for the government.

On July 6, the European Commission issued an ultimatum to Bulgaria to cut its budget deficit to within 3% of GDP as the EU executive seeks to fire fight the fiscal crisis that's spreading across the continent. Following the €110bn emergency package issued by the EU and International Monetary Fund (IMF) to Greece agreed in May, serious concerns have been growing about the fiscal situation in a number of EU countries. Portugal and Spain are seen as the countries most likely to follow Greece down the road to a bailout, while Hungary's own government has made statements suggesting it might default on its debt. The UK's new administration has issued an emergency budget to repair the holes left in the national accounts left by its predecessor as the country plunged into recession, and even prudent Germany is taking the axe to its public expenditure.

Against this bleak backdrop, it was bad timing for Bulgaria to have issued a revised budget in June, in which the expected budget deficit was substantially raised from 0.8% of GDP to 3.8%, despite wide-ranging spending cuts already announced.

The Commission's call raises serious questions for Bulgaria and Prime Minister Boyko Borisov's centre-right government, which had previously won plaudits for its economic plans after winning a landslide victory last July. The EU will despatch officials from Eurostat, its statistical body, to Sofia in September to investigate Bulgaria's accounting methods, having announced that it had "doubts about the methodology" being used, given the discrepancy in forecasts.

This is something of a PR blow against Bulgaria, given that the revelation of Greece's own questionable methodology (and that's being charitable) or mis-reporting (rather less so) of its economic figures was a key factor in the rapid loss of investor confidence. Borisov, however, would do well to point out that he was in part relying on statistics generated under the previous Socialist-led regime, which left office under a dark cloud.

The fiscal situation is certainly a setback for Bulgaria's image and its real economy. Since the IMF stabilisation programme of 1999, the country has established admirable fiscal and monetary stability, with successive governments adhering to strict budgetary targets and the lev locked into a currency board with the euro. While corruption and organised crime as well as low productivity have been persistent challenges, until recently Bulgaria was consistently running a budget surplus of around 3%. It will take some time and hard decision-making to return to those days.

The government has forecast 1% GDP growth for this year, sluggish at any time but particularly weak after last year's deep recession, and with living standards still lagging well behind Western and Central Europe. Further cuts in spending could imperil that weak recovery and the Bulgarian newspaper Standart reported that real estate brokers are now raising concerns of another crash, following that already experienced in the country as foreign investment in property, previously a major economic driver, slowed to a near standstill.

Should the situation worsen and a double-dip recession looms, calls will grow for Bulgaria to devalue the lev to boost its flagging external competitiveness and encourage investment and exports. However, the Bulgarian National Bank has consistently rejected the idea, and with euro membership a long-term goal and currencies vulnerable to fluctuation, this would seem an unlikely move.

So it remains to be seen what Borisov's next move will be. The original budget, which proposed paring down the public sector, was widely welcomed by analysts but reinvigorated a battered opposition. Now his government faces accusations of incompetence. These are particularly likely to be levelled at his technocratic ex-World Bank finance minister, who at the presentation of the original budget infamously posed with a small, meatless pizza to demonstrate the fiscal diet that his countrymen would have to swallow.

The right-wing Union of Democratic Forces (DSB), previously close to Borisov, has now broken ranks, stating it will oppose the revised budget while warning that tax rises and spending cuts are necessary, while an IMF bailout is on the cards. Borisov has refused to raise taxes, currently at a flat 10% on income, for fear of choking off growth. If he sticks to this, he has little choice but to make further inroads into spending if he's to hit the budget deficit target recommended by the Commission, IMF and World Bank in recent weeks.

It is admittedly a rather bleak picture, but the Commission's harsh criticism should be put into the perspective of its eagerness to halt fiscal contagion and get the European project back on track. In June, the World Bank praised Bulgaria's progress, while the IMF noted that necessary reforms were being made. World Bank President Robert Zoellick wrote to PM Borisov stating that, "we have been impressed with Bulgaria's commitment to fiscal discipline and prudent management of external debt." Throwing the World Bank's support behind the government's public sector reform efforts, he added that, "we recognize these steps have been difficult, we hope they will position Bulgaria to make the best possible gain from the recovery."

The message is not, therefore, "steady as she goes" and it will be some time before Bulgaria is back on an even keel. The government will have to wield its mandate to make unpopular decisions, particularly to reform the top-heavy public sector and to boost productivity - easier said than done. Bulgaria's proximity to Greece hasn't yet made it another of Europe's sick men, but that could change.