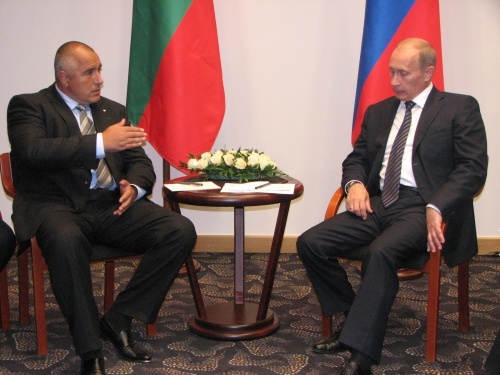 Bulgarian PM Borisov (left) pictured with his Russian counterpart Vladimir Putin during their only meeting so far in Gdansk in the fall of 2009. Photo by BGNES

Bulgaria’s PM Borisov and his Russian counterpart Putin have agreed about this visit as they talked over the phone Friday discussing the situation of the three joint energy projects – the Burgas-Alexandroupolis oil pipeline, the South Stream gas transit pipeline, and the Belene Nuclear Power Plant as well as other matters of the bilateral relations.

A delegation of Bulgarian experts is going to visit Moscow Thrusday, July 8, for energy talks with Gazprom. Thus, Russian Deputy PM Zubkov’s visit will precede the arrival of the Bulgarian delegation to Moscow.

Recent statements by Bulgarian PM Boyko Borisov that his country would be pulling out from two high-profile energy projects, involving Russia – the Belene NPP and the Burgas-Alexandroupolis oil pipeline – have caused confusion and dismay in Russia.

The Bulgarian Prime Minister has also vowed an investigation of the renegotiated contracts with the Russian energy giant Gazprom for Russian gas supplies, signed in 2006.

He has made it clear that Bulgaria was going to try to renegotiate the terms under which it receives natural gas from Russia, a statement that came the very same day that natural gas prices in the country went up by a staggering 25%.