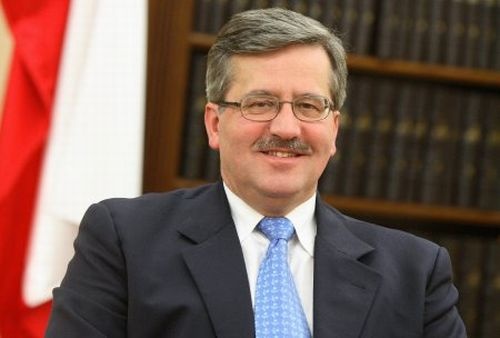 Bronislaw Komorowski has beaten Jaroslaw Kaczynski in the presidential elections in Poland. Photo by worldbulletin.net

Bronislaw Komorowski, the candidate of the ruling Civic Platform party, has won the Presidential Elections in Poland with a narrow margin.

Exit polls have forecast that Komorowski has beaten Jaroslaw Kaczynski by 53% to 47% in the second round of the Presidential Elections.

After the counting of the first 21% of the votes, Komorowski has 51%, while Jaroslaw Kaczynski gets 49%. The final results of the vote counting are expected to be announced Monday afternoon.

"Divisions are an inseparable part of democracy. But we have work to do to ensure these divisions don't prevent cooperation," Komorowski declared in Warsaw Sunday night as cited by BGNES.

Poland had to hold presidential elections after its President, Lech Kaczynski, perished in a plane crash in Russia in April 2010, together with an entire government delegation while heading to a remembrance ceremony of the Katyn Massacre.

In his capacity as Marshall of the Sejm, Komorowski became the Acting President of Poland upon Lech Kaczynski's tragic death.

As the candidate of the ruling centrist liberal party Civic Platform, Komorowski is known to be close with Polish Prime Minister Donald Tusk, and is expected to work smoothly with the government, a likely reversal of the situation with the conservative president Lech Kaczynski.