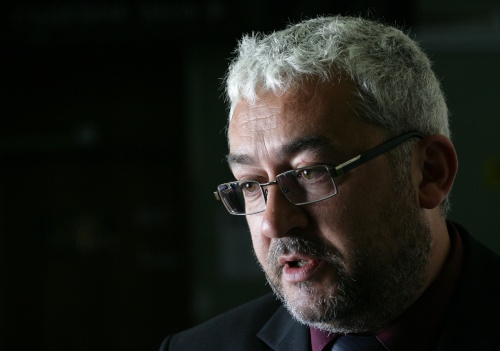 The MP from the conservative RZS, Emil Vasilev, said the information for the glitch in the Parliament's voting system came from the ruling party GERB. Photo by BGNES

The Bulgarian party “Order, Law and Justice” (RZS) has announced they have found a malfunction in the voting system in the Parliament.

“A MP from the ruling party GERB, which name I do not want to disclose, has informed us that it is possible to vote with another person's card,” Emil Vasilev from RZS said Thursday.

The voting in the Parliament happens through fingerprints. However, according to Vasilev, if you keep your finger longer on the panel, despite the fact that it is someone else's card, the vote is counted as regular.

Vasilev also said that he has discussed with RZS's leader, Yane Yanev, to make a test and see whether the information, given to them by GERB, is correct. In result, Vasilev said he voted four times on Thursday with Yanev's card at the voting for the Road Traffic Act.

The conservative RZS said they find this breakthrough outrageous and wondered how many of the adopted laws in the Parliament are in contradiction of the rules because of this “conscious or technical malfunction”.