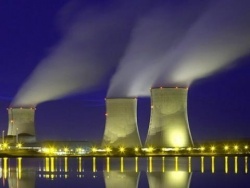 A large portion of Bulgaria's heating system, in which heating is centrally distributed, is gas-dependent. File photo

The price of natural gas sold in Bulgaria goes up by 24.63% as of July 1 following a decision to this effect by the state energy watchdog from earlier this week.

It is feared that the increase will hit hard at households and industries. A large part of household in Bulgaria heating is gas-dependent and its new price will be up by an average of 12%.

The price of electricity is also tied to that of gas and it will go up by around 2%.

A total of 95% of Bulgaria's natural gas supply comes from Russia. There are speculations about the contracts being unfavorable for Bulgaria, yet their terms are kept secret.

Speculation is also rife about mismanagement on the part of Bulgargaz, which is the main provider of gas for industrial use in Bulgaria.