Bulgaria to Get Azerbaijan Gas in 2011 via Georgia, Turkey 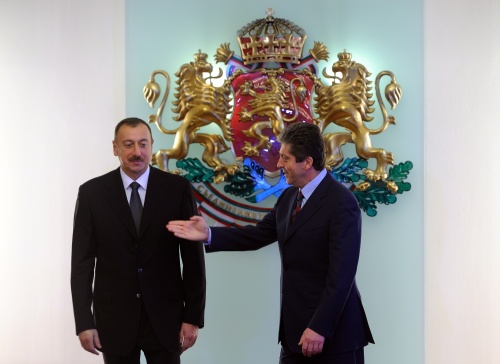 Bulgaria should receive its first natural gas supplies from Azerbaijan in 2011, agreed the presidents of the two countries, Georgi Parvanov and Ilham Aliyev.

Parvanov went to Azerbaijan’s capital Baku Wednesday on a two-day state visit focused precisely on gas supplies talks and energy security. He is returning a visit of his Azerbaijan counterpart that Aliyev made to Sofia in November 2009.

The two presidents evaluated positively the project for the supplies of compressed natural gas from Azerbaijan to Bulgaria through Georgia, which was negotiated during their previous meetings, and agreed that the bilateral working group on its should speed up its activity. In April 2010, Bulgaria’s northern neighbor Romania already stroke a similar deal with Azerbaijan and Georgia.

The new element in the Bulgaria-Azerbaijan energy relations discussed by the two heads of state Wednesday has to do with the possibility for transiting gas from the Caspian country to Bulgaria via Turkey.

The new opportunity was discussed within the context of recent agreements between Azerbaijan and Turkey for the delivery and transit of natural gas.

The two presidents have set 2011 as the deadline for delivering the first Azerbaijan natural gas supplies to Bulgaria.

In this respect, Azerbaijan’s President Ilham Aliyev has backed a proposal of his Bulgarian counterpart for organizing a trilateral meeting of Azerbaijan, Bulgaria, and Turkey in order to negotiate the specifics about such the new project to deliver Caspian gas to Bulgaria and the Balkans.

Parvanov and Aliyev have affirmed the priority meaning of the EU-sponsored gas transit pipeline Nabucco for diversifying Europe’s supplies as well as the future role of Azerbaijan as one of the key Nabucco suppliers. They have called for more dynamic and accelerated actions for the constructing of the pipeline.

Reviewing the bilateral relations in other spheres, the two presidents came to the conclusion that Bulgaria and Azerbaijan could achieve a lot more in their economic exchange especially in the fields of infrastructure and oil industry.

President Georgi Parvanov declared Bulgaria’s readiness to provide Azerbaijan with expertise and political support in the Caspian county’s relations with the EU.

He has expressed his enthusiasm over the decision of the EU Council to begin talks for an association agreement with Azerbaijan in July 2010.