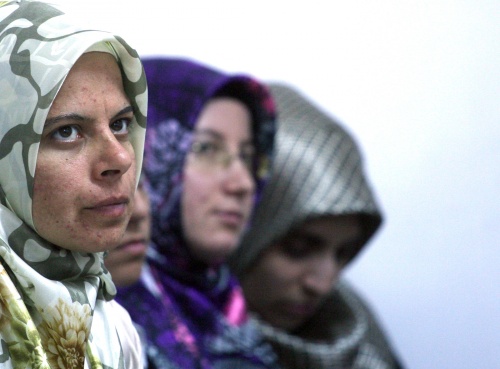 The Mufti from the Bulgarian city of Smolyan said that Muslim women call the Regional Mufti Office every day to ask whether they have broken the religious law when taking photos for the new biometric data. Photo by BGNES

The Bulgarian party “Movement for Rights and Freedoms” (DPS) announced Wednesday it does not support the veiling of Muslim women when taking their new passport pictures.

On Tuesday, the Mufti Office from the Bulgarian city of Smolyan demanded that the regional police department allow Muslim women to take the new passport pictures on with headscarves on.

“It is normal for spiritual leaders to take such a position on the issue. Bulgarian Orthodox Church has also had special demands in different spheres,” the MP from DPS, Chetin Kazak, said in an interview for the Bulgarian private TV channel bTV.

However, Kazak said firmly he does not support the demand of the Smolyan Mufti Office.