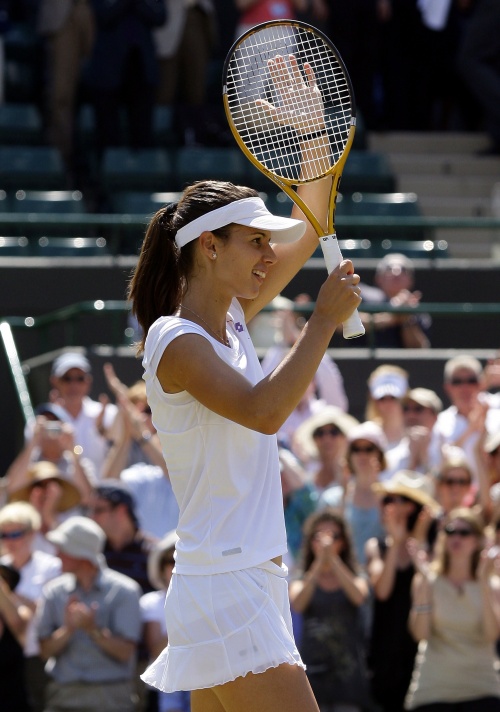 Tsvetana Pironkova of Bulgaria celebrates her victory over Venus Williams of the US during their quarter final match for the Wimbledon Championships at the All England Lawn Tennis Club, in London, Britain, 29 June 2010. Photo by EPA/BGNES

Tsvetana Pironkova became the first Bulgarian player to reach semi-final at a Grand Slam tournament in the women's singles after defeating No. 2 seed Venus Williams at the Wimbledon Championships.

There will be no all-Williams final at Wimbledon after Venus Williams lost to the unseeded Bulgarian player 6:2, 6:3.

The Court One crowd gave Pironkova a standing ovation as she went off - but the 22-year-old actually walked off ahead of the beaten Venus Williams.