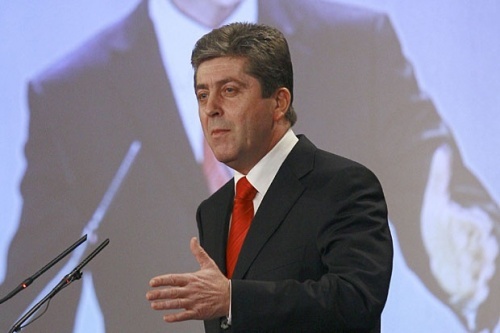 The recent neo-Nazi attacks in Bulgaria have caused the Bulgarian Antifascist Union to meet with the country’s President Georgi Parvanov to discuss their fears for revival of extreme ideological incidents in the country, caused by hate and aggression.

“There should not be a statesman who does not realize the difference between the conflicts between football fans and the attacks caused by ideological and racist intolerance,” said Parvanov who shared the Union’s fears.

At the meeting, the Honorary Chair of the Bulgarian Antifascist Union, Velko Valkanov, and the Chair of the Union, Chavdar Stoimenov, have expressed to the Bulgarian President their fears of xenophobic and neo-Nazi actions in the country.

The President said that the Bulgarian society needs to reach a national reconciliation and added that this process happens through reading and understanding of history, as well as through giving a clear political assessment of these actions and not through denial and misinterpretation of the past.

He also pointed out that the country should not allow leniency towards the arousing tendency of republication of Nazi and other anti-Semitic literature.

Bulgaria’s President has confirmed his position for moral recognition of the contribution of the Bulgarian anti-fascists in the global resistance.