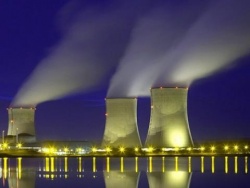 A large portion of Bulgaria's heating system, in which heating is centrally distributed, is gas-dependent.

The Bulgarian state regulator of energy announced Monday price hikes as high as 18.6% for heating and 1.88% for electricity.

This comes as a result of the raise of the price of natural gas with 24.63% revealed earlier Monday.

Heating in Bulgaria is largely gas-dependent. The highest raise is for the capital Sofia with a staggering 18.6%.