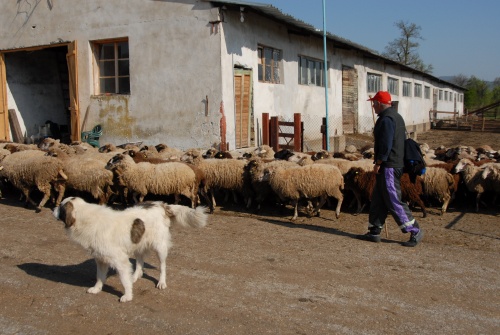 Bulgaria's sheep breeding has a great potential in terms of milk exports, according to farming specialists. Photo by BGNES

The Bulgarian Milk Producers’ Association is working on a project to secure markets for Bulgarian sheep milk in China, Saudi Arabia and Australia.

The news was announced Monday by Mihail Velkov, Executive Director of the Association, during a round table on the economic crisis and business stimulus measures in Sofia.

Velkov cited data of the Milk Producers’ Association showing that 70% of the Bulgarian-produced sheep milk is exported. It is well received in countries such as Russia and Ukraine.

“In the future, the milk production sector can have a positive influence on Bulgaria’s trade balance if the state undertakes measures to improve the quality of the milk and to increase the export, especially to non-EU countries,” Velkov declared.

In his words, a number of the Bulgarian tobacco farmers, whose employment is problematic as the state is planning to cut their subsidies, could turn to sheep breeding for a living because of the great potential of this sector.