Natural Gas Price Hike of 25% Made Official in Bulgaria 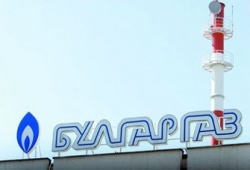 Bulgargaz, the state monopoly in the industrial supply of natural gas, requested a record price hike of 30%.

The price of natural gas sold in Bulgaria will go up by 24.63% from July 1, announced the State Commission on Water and Energy Regulation Monday.

This is slightly less than the 26% hike estimated last week.

This is the official decision of the state energy watchdog, taking the price for 1000 cubic meters of gas at BGN 542.50.

It is feared that the hike of the gas price will hit hard at households and industries. A large part of household in Bulgaria heating is gas-dependent. The price of electricity is also tied to that of gas.

Previous estimates were raises of around 2% for electricity and 15% for heating.

Speculation is also rife about mismanagement on the part of Bulgargaz, which is the main provider of gas for industrial use in Bulgaria.

At the same time, Bulgarian gas company Overgas, which is the main supplier of gas for household consumers, was quick to announce that its prices will go up with a smaller percentage - 16% for households and 17-21% for industrial clients. That makes BGN 0.94 per cubic meter for households and BGN 0.75-0.90/cub.m. for industries. The price of Overgas gas is formed by a component reflecting Bulgargaz prices and a component for distribution, the second of which will not be increased.