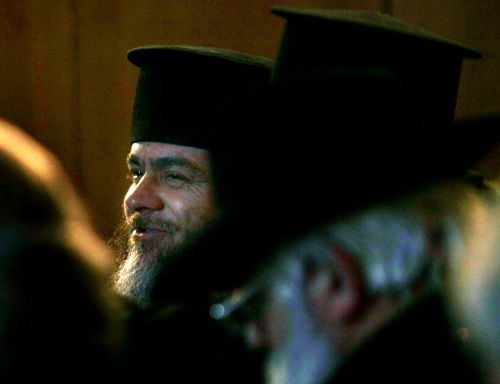 The alternative synod of Inokentii, which was backed by the European Court of Human Rights, will not change its caims. Photo by BGNES

The Bulgarian government refuses to pay compensations to the Inokentii synod, which has sued the country last year in the European Court of Human Rights, on charges of violated rights to religious freedom.

The problem following the schism of Bulgarian Church has established two Orthodox community centers, one headed by Patriarch Maxim and the other, headed by Inokentii. The latter claiming that the latter had been "appointed" by ex-communist regime.

In March 2009, the European Court of Human Rights gave its backing to the Inokentii synod in their bid for independence and ruled that Bulgaria had violated the right to religious freedom and that the Bulgarian government had intervened disproportionately by appointing Patriarch Maxim as the ruler of the Bulgarian Orthodox Church.

The Bulgarian Minister without Portfolio, Bozhidar Dimitrov, who is in charge of state religious policy, announced Friday that there is still no resolution for the issue.

He added that the refusal to register the Inokentii synod was declared by the centrist party of former Tsar Simeon Saxe-Coburg National Movement for Stability and Prosperity, (NDSV) and it was against the Bulgarian Constitution.

According to the minister, the compensations requested by the Inokentii synod were excessive.

“The fair compensation would have to account only to the sum of the negative consequences in result to the established violation and not exceed it,” Dimitrov said.

In his words, the compensations for the negative consequences of the fact that Inokentii's people were not let in the churches amount to BGN a few hundred thousands, and not to the requested BGN 743 M.

The minister stated that during the preliminary discussions with the Bulgarian Ministry of Justice, the Inokentii synod has rejected the proposed compensation. This has caused the government to turn to the European Court of Human Rights, which then ruled in the alternative synod's favor.

“During the discussions, their claims remained unchanged and unproved. They are unrealistic and excessive and do not rest on real proofs,” Dimitrov said.

He did not mention clearly what measures will be taken since the synod's claims have not changed and the country is not ready to pay the compensations.

In 2004, the Bulgarian police stormed through 250 churches countrywide and detained many priests of the “Alternative Synod” in a controversial raid to restore proprietorship of official Bulgarian Orthodox Church.