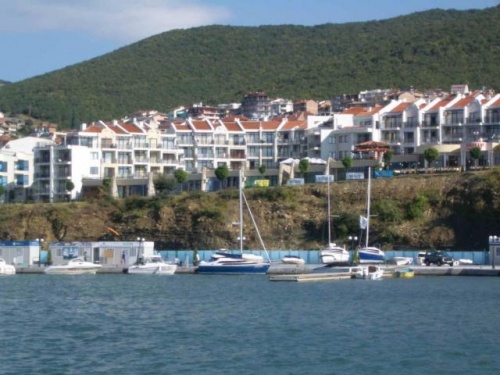 Many of the Russian-speaking real estate owners have properties along the Black Sea coast. Photo by aimti.com

Russian owners of properties in Bulgaria have registered a non-governmental organization to protect their interests as a staggering number of Russians have acquired real estate in the country in recent years.

The new “Association of the Russian-Speaking Owners of Real Estate in Bulgaria” named “Alyosha” has been registered in the Black Sea city of Burgas but also has a branch in Varna, announced Thursday its Chair Alexander Anisimov.

Anisimov presented the new NGO together with the Russian Federation consul in Varna, Yury Solovyov, who said that even though there is no precise statistical information about the number of Russian property owners in Bulgaria but that they are estimated to be at least 300 000. Many of them own properties along the Bulgarian Black Sea coast.

A number of “the Russian-speaking” property owners are from other former Soviet Union republics such as Ukraine or Armenia.

Several days ago Russian Ambassador to Bulgaria, Yury Isakov said the Russian property investments in Bulgaria amounted to more than EUR 1 B.

According to the founders of the NGO of Russian-speaking property of owners in Bulgaria, its goal is to defend the property and social rights of its members and to assist them with various legal procedure when acquiring or selling Bulgarian real estate.

Its Chair Anisimov announced that five Russia citizens have already filed suits over problems with Bulgarian construction companies. The future owners made advance payment but did not receive their completed apartments within the deadline.

The NGO is going to help investigate whether the Russians have been defrauded or whether the construction companies went bankrupt. It is also starting to compile a list of unfair construction firms and of other providing high-quality services.

“Medical help is a huge issue for the Russians residing in Bulgaria. Most of them don’t know whom to turn to when they get sick,” Anisimov explained saying that the NGO will also employ two doctors which will work on call for its members.

At the same time, Bulgaria’s Foreign Ministry has announced that the number of Russian tourists in Bulgaria is on the rise as the Bulgarian consular offices issued 10 000 more visas to Russians in the first have months of the year compared to same period of 2009.

The 100 000th Bulgarian tourist visa for a Russian citizen was issued on June 22. In comparison, in 2009 this number was not reached until July 13.