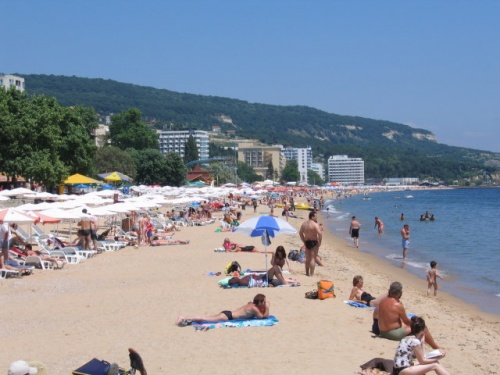 Bulgaria’s tourism sector must “focus” on attracting more of its “traditional” clients, i.e. German and Russian tourists, according to Georgi Shterev, Chair of the Hotel Owners’ Union in the Golden Sands resort.

In his words, the increased number of beds in the southern resorts has drawn down the prices there but the service is much better in the resorts on the north such as the Golden Sands.

“We expect a 5% growth of foreign tourists in the Black Sea resorts this summer but this will not lead to an increase in income because most of the vacations were booked early when the prices are low,” Shterev commented as cited by BGNES.

“Currently, 90% of the Russian tourists go through Moscow, and we had more direct connections to the regions, we would be able to attract more Russian tourists,” Shterev said while pointing out that the major nuisance for those wishing to come to Bulgaria was the price and the long wait for getting a tourist visa.

He pointed out that a three-month tourist visa for Bulgaria costs USD 100, while the same visa for Italy costs EUR 35, and that Bulgaria’s Shenghen Area entry in March 2011 will equalize the country’s conditions for issuing visas with those of the other EU countries.