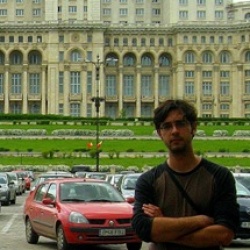 A little more than a week ago, Bulgarian PM Boyko Borisov dumbfounded his international partners, his compatriots – and his own cabinet – by abruptly announcing that Bulgaria is pulling out of two major energy projects with Russia, the Belene Nuclear Power Plant and the Burgas-Alexandroupolis oil pipeline. Some days after, Borisov’s center-right GERB cabinet, which is four votes short of a majority in Parliament, faced a difficult debate at the first reading of a controversial budget revision bill.

Last Tuesday, the Romanian minority government, headed by PD-L’s Emil Boc, barely survived a no-confidence vote in Parliament, amid escalating street protests. The very next day, Romanian Economy Minister Adreian Videanu travelled to Moscow to negotiate on some important gas matters. Among them was the potential inclusion of Romania in the South Stream gas pipeline project.

One may wonder if two approaches to national energy policy could be more unlike each other. Bulgarian PM Borisov’s statements attracted attention, perhaps benefited his position in domestic politics, but could prove disastrous for Bulgaria’s standing on the international scene. The Romanian government’s actions were largely low-key, yet presented the country as an intelligent and self-aware actor.

Borisov’s statements were puzzling indeed. If they cannot be attributed to his usual gruff style, or to failure of communication, as his unfortunate Energy Minister Traicho Traikov has recently tried, one is left wondering what Borisov could have intended by voicing them.

To top that – the constant oscillation in the opinions voiced by the Bulgarian PM. Bulgaria had not “pulled out” or “frozen” Belene and Burgas-Alexandroupolis, it was just considering the cheapest option. As a matter of fact, Bulgaria did need Belene, it just could not commit the money. And Burgas-Alexandrupolis was an environmentally hazardous facility anyway.

Hardly a serious attitude to big energy projects. Borisov’s arguments against the cost of the Belene NPP were evidently not based on any real financial assessment, and suggested figures changed, one day a staggering BGN 26 B, the other a mere BGN 8 B. Idling about the not-yet-produced environmental assessment of the Burgas-Alexandroupolis pipeline betrays feeble commitment on the part of the Bulgarian government. And comparing the hazards of shipping oil to feed a pipeline to the hazards of deep-water drilling is just plain odd... Yes, Borisov referred to the Gulf of Mexico disaster several times.

All this doesn’t simply suggest that Sofia is loath to commit to certain energy projects that might have their downsides indeed. It forces a view of Bulgaria as an unreliable partner. It is one thing to come to the negotiation table with soundly researched and formulated arguments, and with alternative solutions in mind. It is a whole other story to inconsistently blast rounds of fireworks.

So then, why did Borisov go for it? Several reasons suggest themselves, but their explanatory force pales in the face of the far-reaching consequences his actions might have.

Did he do it in order to draw Bulgarian public attention away from the revision of the national budget and the insecure prospects of the cabinet’s fiscal and economic policies? Or did he do it to gain favor with certain segments of the population that oppose Bulgaria’s taking part in any Russian energy project? The latter is somewhat probable, given that Borisov’s parliamentary support depends partly on the rightist Blue Coalition, which has been a vocal opposer to Russian influence in Bulgaria – and which has recently voiced strong criticisms of the budget revision proposals.

Or maybe Borisov wanted to prove his affection for the United States? This has a comfortable old-fashioned ring to it, but one is left wondering what the gains for Bulgaria would be.

To add insult to injury, deputy Foreign Minister Marin Raykov from Borisov’s cabinet said that Bulgaria doesn’t care much about the South Stream gas pipeline, its priority being the competing Nabucco project.

Of course, such pronouncements could not but provoke reaction from Russia. The response, as usual, was swift and not sentimental at all.

Last Thursday a Romanian delegation reached an agreement with Moscow to consider Romania joining South Stream. The day after a Macedonian delegation achieved the same thing for their country.

To say it explicitly, Romania’s joining the pipeline would mean throwing Bulgaria out of the project. And if Macedonia becomes a part of it that could mean complete circumventing of Bulgaria with no single pipe going through its territory. Russia signals that it is intent on building South Stream – it just does not need flimsy partners.

As if this course of events did not project an crystal clear message, an official Russian source commented Friday that “interest [expressed by Romania and Macedonia] allows Russia to make additional demands to acting participants in the South Stream process”. Bulgaria was repeatedly urged to hurry up with committing itself to the pipeline – or leaving the whole thing for good, one might add.

In a world where Bulgaria is almost entirely dependent on Russian gas and oil, to snub a project that would send Russian gas directly into the country would at the very best expose Bulgaria to the vicissitudes of relations between Russia and third countries and cement Bulgaria’s place in the powerless energy periphery of Europe. Much more so given that the rival Nabucco project hasn’t even ensured adequate supplies of non-Russian gas to render it viable.

In that situation the Romanian move is to be lauded. After exhausting debates on a non-confidence vote at a joint sitting of the two chambers of parliament, with all the divisive exchanges and bickering characteristic of the country’s politics; after the discontented crowd tried to storm the Romanian Parliament; after the vote all but tumbled the much-criticized government, the cabinet managed to get its act together and to seize the opportunity that Boyko Borisov gave it.

The Romanian delegation got their country a strategic placing within an important project – which, by the way, involves such EU-greats as Italian ENI and, most recently, French EDF. What is more, Minister Videanu managed to discuss future investments in the Romanian energy system, and to negotiate a lowering of the price of Russian gas for Romania as well as the eventual elimination of notorious “intermediaries”. Lower gas prices shouldn’t prove adverse to crisis-hit Romania and its citizens.

The elimination of intermediaries is a point on which talks between Bulgaria and Gazprom have stalled. In the next couple of years the current delivery contracts face expiry and state company Bulgargaz is probably going to have a hard time getting what it wants – or, rather, what is good for Bulgaria.

Meanwhile important developments – in which Bulgaria could have taken part, but did not – were made over the weekend in the structure of the South Stream project.

In the end, one might wonder why people in Romania are protesting at all.