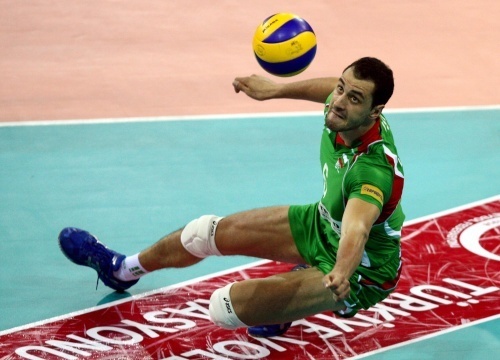 Bulgaria's Matey Kaziyski, was again one of the top players from the national men volleyball team in the World League game against the Netherlands. Photo by BGNES

The Bulgarian national men volleyball team scored a 3:0 victory over the Netherlands second time in a row during the FIVB World League 2010.

The Bulgarian Matey Kaziyski and captain Vladimir Nikolov were the leading figures of the game, finishing with 15 and 14 points respectively.

Until now, Bulgaria celebrated four victories – two over South Korea, and another two over the Netherlands.

After this round, the Bulgarian national team ranks second with 14 points, falling one point behind the leaders from Brazil. The Netherlands occupy the third place, and South Korea is at the last fourth place.