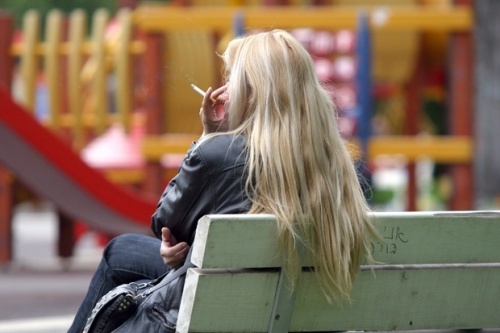 Bulgarian smokers can not hope for a cut in cigarette excise duties by the end of this year. Photo by Sofia Photo Agency

Bulgaria’s finance minister has made it clear that a decrease in cigarette excise duties by the end of the year is out of the question.

“The increase in cigarette excise duties hit the market in April and the assessment of its effect is yet to be done. This is the reason why a decrease in excise duties can not be expected before the end of the year,” Minister Simeon Djankov told journalists in parliament on Thursday.

Asked whether the decrease has been planned for next year, Minister Djankov said this is a possible, but highly unlikely scenario.

The statement comes a day after Interior Minister Tsvetan Tsvetanov hinted that a decrease in excise duties for Bulgaria-made cigarettes may be on the agenda of the cabinet this year.

Following the tax hike from the beginning of the year, cigarette smuggling increased and the flow of revenues from excise duties to the budget marked a sharp fall. Finance Minister Simeon Djankov defended firmly his decision, attributing the boosted smuggling to the economic crisis.

Bulgarian smokers had to swallow a raise in excise duties on cigarettes and their prices as of April 1, as the government struggles to curb smoking and relieve the health care system.

The new prices were introduced at the beginning of the year, but the grace period for cigarettes with old excise labels expired on April 1.

Under a decision that the parliament took at the end of November, a BGN 101 excise duty for 1000 cigarettes is introduced instead of the previous BGN 41, while the proportional tax is 23% of the sales price instead of 40,5%. The latter affects mostly expensive cigarette brands.

The new duties increased the price of a pack of cigarettes anywhere between BGN 1,10 and 1,40 making the price of the best-selling “Victory” brand BGN 4,60 instead of the current BGN 3,60.