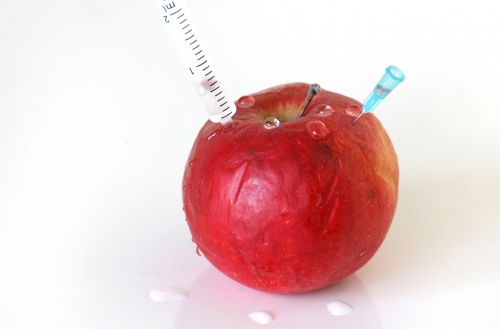 If the government approves the proposed amendment in the Food Act, Bulgarian children will enjoy GMO-free foods. Photo by BGNES

A ban of all genetically modified products and ingredients for preparation of children foods in Bulgaria has been proposed Wednesday in an amendment in the Bulgarian Food Act.

The amendment, proposed by Desislava Taneva, chair of the Parliament Committee on Agriculture and Forests, from the ruling party GERB and two other MPs from the right-wing “Blue Coalition”, stipulates a full ban on the distribution and sale of food products containing genetically modified organisms (GMO) in child care centers, kindergartens, schools and the adjacent commercial outlets (100 m in range).

The sale of GMO foods and products will be allowed in separate and clearly marked areas, such as stands, shelves, etc.

Other points in the amendment include strict control of all stages of the producing and distribution of GMO foods and increased self-control in regard of GMO input of materials and ingredients in foods.

If approved, the amendment should lead to strict control on imported foods. Documentation should provide results from lab analyses, as well as clear information on whether the products contain GMO.

Importers believe that the amendment will help consumers make a well-informed choice on the genetically modified foods and products, offered on the market.

Bulgaria suffered through a four month-long debate on whether to allow GMOs in the country, which stirred both civil society and political parties.

The debate started with the center-right government's proposal to liberalize the rules for GMO tests in Bulgaria. It was prompted by a letter from the European Commission warning that Bulgaria is breaching European Union law by banning experiments and release into the environment of several GMO hybrids - tobacco, vine, oil rose, fruit and vegetables.

The final outcome was an act that banned modified plants from release in the environment, confining them to labs only.