Bulgarian Expedition Travels to Iran in Search of Roots 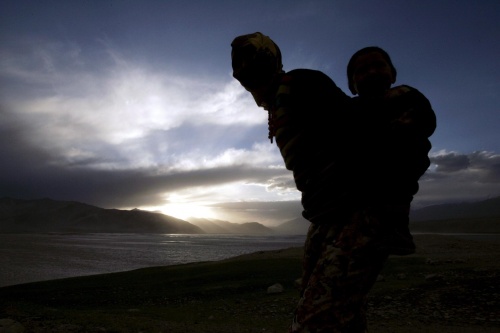 Recent DNA analysis had shown Bulgarians came from Pamir not from western Siberia as previously believed. Photo by BGNES

A Bulgaria expedition, the fist of a kind, has left for Iran to search for proof for the Iranian origin of Bulgarians.

The 20 explorers from the “Bulgaria Our Ancient Homeland” expedition will travel 9 000 km and left in the wake of the news that Bulgarians are only 20% Slaves and there genes are very close to those of people living in the Pamir region.

The author of the above theory, Stoyan Stoylov, made headlines by his publication of the results of a DNA analysis which revealed new facts about the background of ancient Bulgarians.

“The theory is that Bulgarians are part of the large Iranian family – as anthropologic type, language, culture and religion. The first place where they lived is noted as the Imeon mountain which is largely believed to be the today’s Pamir,” the leader of the expedition, Alexander Iliev, explains.

The expedition is organized by the Bulgarian Academy of Sciences (BAS) and the University of Sofia. Their pilot project was a trip to Afghanistan, Uzbekistan and Tajikistan in 2008 where they found another version of Bulgaria’s famous Madara Rider.

The team will visit 10 ancient cities to research archeological and historic sources that can prove the connection between Bulgarians and Persian.