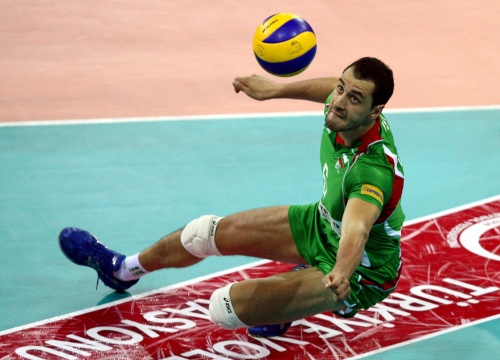 Bulgaria's Matey Kaziyski, was the top player from the National Men Volleyball Team in the game against South Korea. Photo by BGNES

The Bulgarian National Men’s Volleyball Team won Saturday its first game in South Korea in the second round of Group A of the FIVB World League 2010.

Matey Kaziyski was the top performer with an impressive 17 points followed by Vlado Nikolov and Andrey Zhekov with 12 points each.

The Bulgarian team arrived in Korea after a 48-hour journey from Brazil. The team played the first two games in Brazil and lost by 1:3 and 2:3.

The second game between South Korea and Bulgaria begins Sunday at 8am (Bulgarian time).