Russian Press: Bulgaria Delivered 2 Blows at Moscow at Once 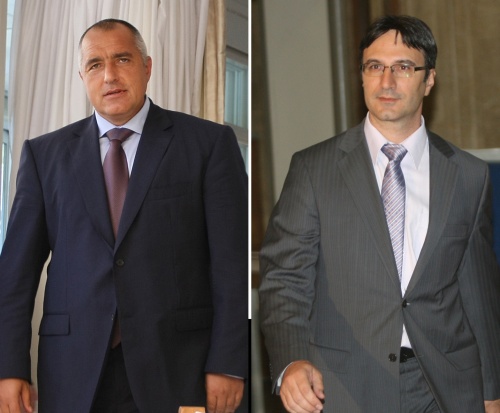 The Russian press joins Saturday around the idea that Bulgaria, a traditionally faithful and reliable ally of Moscow, had delivered a heavy blow to the Federation’s economic interests in the Balkans.

The Russian daily “Rosiyskaya Gazetta” writes that Bulgaria’s Prime Minister, Boyko Borisov, is pulling out of the joint project with Russia and Greece – the Burgas-Alexandroupolis oil line over environmental and profitability concerns, but “even this ended up not being enough for him, and he announced the freeze of the project to build a second Nuclear Power Plant at Belene, striking with one blow two of the three Russian projects in the country.” The article further points out the surprise of Economy and Energy Minister, Traicho Triakov, upon hearing the news about Borisov’s announcements.

The news agency Interfax also writes that the only Russian project remaining in Bulgaria now is the South Stream gas line, but adds the cabinet’s attitude towards it can be defined as “lukewarm.”

“Sofia never officially notified Moscow about its intentions to not go forward with Belene and Burgas-Alexandroupolis. If some decisions have been made in Bulgaria about energy projects with Russian participation, it would make sense if Sofia notifies its partners first,” Interfax reports, citing an unnamed high-ranking official from the Russian Foreign Affairs Ministry.

In a phone interview with a journalist from the Russian ITAR-TASS, Borisov had explained that his statement about the oil line came as response to a question of the Greek Ambassador and quotes the PM saying: “When the environment assessment is completed, then we will make our final decision about Burgas-Alexandroupolis. For now, we see the project as not profitable and we have promised our voters to preserve nature.”

“Our Brothers struck two major projects with Russia at once,” the Russian “Moskovskiy Komsomolets” points out.

Despite the strong reaction of the Russian press, Moscow has not yet issued an official statement on the events.

The agreement to build the oil line was signed by Russia, Greece and Bulgaria in March, 2007. The project includes plans to transport oil to terminals in the Mediterranean bypassing the congested Bosphorus Strait in Turkey.

The line will be 285 km-long with a capacity of 35 to 50 million tons of crude oil per year. The total investment cost is estimated at EUR 1.5 B.