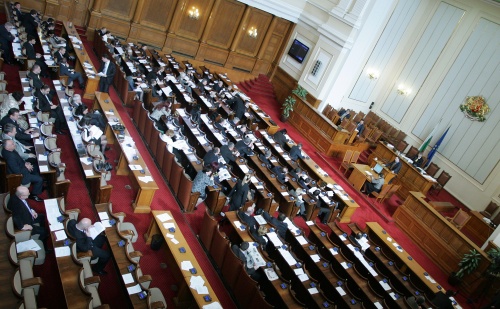 In the wake of EC criticism, Bulgaria’s Parliament has adopted legislation amendments removing revoking limitations imposed on lawyers from other EU states wishing to work in the country.

The amendments to the Bar Act approved Wednesday have been initiated by the Cabinet after in the fall of 2009, the European Commission started an infringement procedure against Bulgaria for denying equal status to EU lawyers.

The newly adopted law stipulates that, when practicing in Bulgaria, a lawyer with a practice and degree from another EU member state will have the rights and responsibilities of a Bulgarian lawyer.

The amended Bar Act states contains a number of changes in order to guarantee this new status for the foreign lawyers. First, it grants the right to become a lawyer in Bulgaria to every EU citizen who received a law degree in Bulgaria.

Second, it allows all lawyers from EU member states who are included in the Unified Register of Foreign Lawyers to practice law in Bulgaria together with other local lawyers according to the specific provisions of the Act.

Furthermore, two or more foreign lawyers are granted the right to practice law in Bulgaria in their capacity of a branch of their group based in another EU member states.

A foreign-born lawyer with the proper registration is now allowed to become a member of the professional organizations of Bulgarian lawyers. Until now, the only way to do that was for the foreign lawyer to be represented by a Bulgarian one.

A lawyer from another EU member state is entitled to the right to practice law together in association with other foreign lawyers or Bulgarian colleagues.

The new Bar Act also lifts the requirement that a non-Bulgarian EU lawyer can defend the interest of their clients before the Bulgarian administration only in cooperation with a Bulgarian colleague.

In October 2009, the European Commission criticized Bulgaria for restricting the free movement of community lawyers and law firms.

"The Commission considers that some provisions of Bulgarian legislation relating to lawyers constitute a violation of the freedom of establishment of lawyers and law firms in Bulgaria as enshrined in Article 43 EC and also infringe Directive 98/5/EC, which aims to facilitate practice of the profession of lawyer on a permanent basis in a Member State other than that in which the qualification was obtained," the European Commission said in a statement slamming the requirement of Bulgarian nationality for a person to obtain the qualification of Bulgarian lawyer among other things.

With the adoption of the Bar Act amendments, the EC most likely will not refer the matter to the European Court of Justice as it originally threatened to do under the infringement procedure.