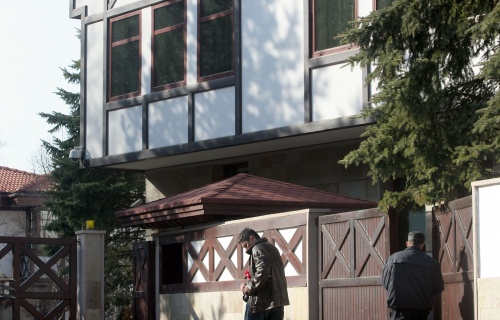 The Sofia Administrative Court ruled to demolish the notorious barbecue of the leader of the ethnic Turkish party Movement for Rights and Freedoms, (DPS), Ahmed Dogan.

The magistrates have rejected on June 3rd the claim of the Delta Epsilon company against the order of the National Directorate for Building Control (DNSK) to demolish the barbecue, located in Sofia's affluent “Boyana” suburb.

The rule can be appealed with a 14-days deadline before the Supreme Administrative Court. If there isn't an appeal, Delta Epsilon will have to dismantle the construction itself; if they refuse, the State will do it at the company's expense.

The notorious barbecue is a wooden building with a bar, a fireplace and two restrooms. According the magistrates it is illegal and violates the Construction Act.

In 2009, DNSK issued four orders to demolish buildings on “Belovodski Pat” in Boyana, where Dogan's mansion, known as “Dogan Saray” (Seraglio) is located. The other three involve the gate meant to stop unwanted visitors and two fences because the first one does not have a building permit while the fences violate their permits' requirements. The three are pending appeals' decisions.

The main building inside the property is listed as a vacation home of the municipalities' Association “Tolerance,” but is known to be used by Dogan as his residence in Sofia.

It is also the location where his Chief of Staff, Ahmed Emin, died in October 2008 in what was said to have been a suicide.