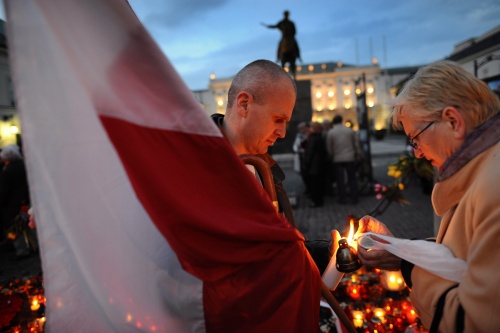 The Russian Prosecutor's Office confirms Tuesday they have pressed charges against four soldiers, accused of stealing the credit cards of passengers, who were killed when the Polish President's plane crashed in Somolensk in April.

Russia, initially, denied reports of Polish investigators, who insisted that RUB 60 000 (EUR 1 600) have been withdrawn on the cards, but now says the probe discovered the theft and the four have already admitted their involvement. They had been charged with "theft carried out by a group with premeditation."

The four men, who had been responsible for sealing off the crash site at Smolensk airport, allegedly, spent the money on drinks and food. Three of the four soldiers had previous criminal convictions, including robbery and counterfeiting, BBC reports, citing the Prosecutor's Office.

Russia's Defense Ministry promised to pay compensation if the suspects' guilt is confirmed.

The Polish government plane crashed on April 10, after attempting to land at Smolensk airport, killing President Lech Kaczynski, First Lady, Maria Kaczynska, and 95 others from Poland's political and military elite. They were on their way to commemorate the 1940 Katyn massacre of more than 20 000 Poles by Soviet forces.

On Monday a spokesperson for the Warsaw Prosecutor's Office, said that the first withdrawal on two stolen cards was made about two hours after the crash.