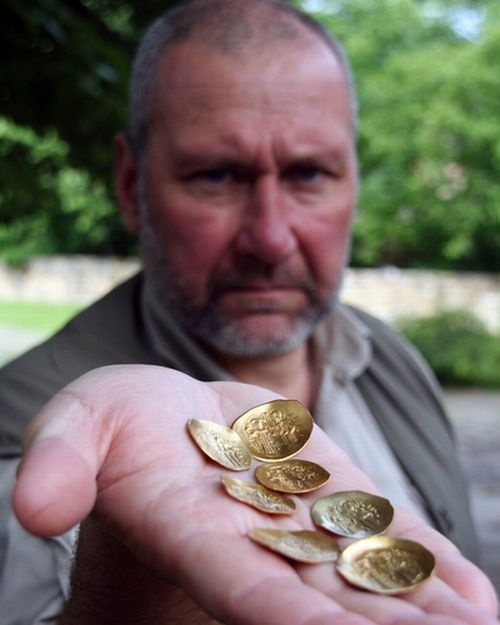 Archaeology professors Nikolay Ovcharov and Hitko Vachev found the treasure while excavating the St. Petar and St. Paul Church in the medieval Bulgarian capital, on the Tsaravets Hill, which hosted the Bulgarian royal palaces back in the 1200s-1300s.

The coins were discovered about 10 m away from the church at a depth of 40 cm in the ground.

This is the largest golden treasure ever found in Veliko Tarnovo, which was the capital of the Second Bulgarian Empire (1185-1396).

Each of the coins features an image of Virgin Mary on one side, and an image of Jesus Christ on the other.

Even though they are dated back to the rule of Bulgarian Tsar Ivan Asen II (1218-1241) who was the first Bulgarian ruler to mint gold coins, the coins in question did not originate in Bulgaria.

They came from the mint of John III Doukas Vatatzes, who was the Emperor of Nicaea in (1221-1254). The Empire of Nicaea was one of the successor states of the Byzantine Empire after Constantinople was conquered by the participants in the 4th Crusade in 1204 AD, which ultimately succeeded in restoring it in 1261.

Only two gold treasures had been found in Veliko Tarnovo before Ovcharov’s discovery, and each of these consisted of three gold coins.