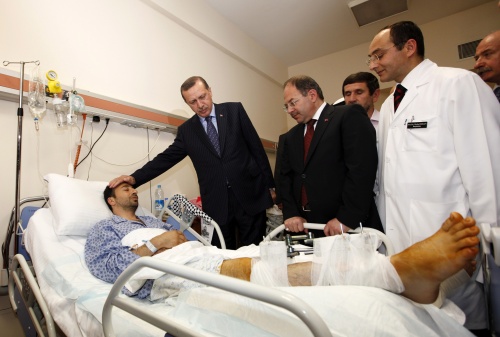 The paper said the report was based on Turkish sources “in the know.”

The report comes days after Israeli forces killed nine activists who were attempting to break the blockade.

Israel has faced an international outcry over the incident, which has also soured relations with Turkey because most of the dead were Turkish.

But Israel has repeatedly defended its actions, saying its commandos acted in self defence.

Israel has blockaded Gaza since 2007, when the Islamist Hamas movement took control of the territory, and says its policies will not change while Hamas remains in power.