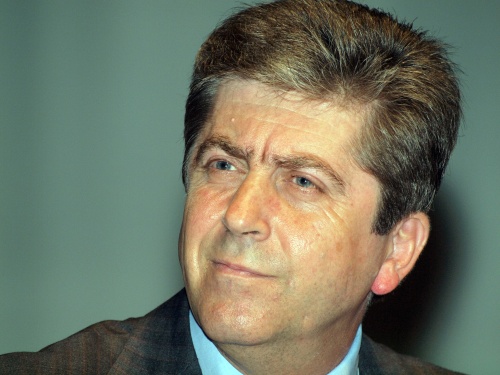 Bulgaria's President, Georgi Parvanov, is an avid hunter and has been often accused of poaching. Photo by BGNES

Bulgaria's President, Georgi Parvanov, had violated the law during his 2008 visit in Uzbekistan and can be deemed a poacher, the Uzbek journalist, Gulasal Kamolova, told radio Deutsche Welle.

Kamolova said she met local people, who told her they have all been very excited to have such high-ranking guest visit them and not because he killed a wild mountain goat, the "arhar" - a protected animal, registered in the endangered species "Red Book.”

The journalist explained that local people are convinced Parvanov had been impeached because when visiting a local preserve he failed to follow the official program of the trip, and not because he killed the goat. The individuals interviewed by Kamolova have confirmed not only the President had visited the game reserve, but that he shot at the arhar while some say he killed the animal and others that he missed.

The journalist, however, refused to state any names over fears for their safety “in a country such as Uzbekistan.” People also told her, the Uzbek Prime Minister personally called the workers at the reserve to notify them about the visit, despite the law banning hunting and shooting of protected animals.

Kamolova pointed out that the visit of the Bulgarian President has been largely publicized in Uzbekistan, but a very small circle of individuals knew about Parvanov's activities outside the official agenda.

The journalist says it is not important if Parvanov actually killed the animal, but what is relevant in the case is that he shot at a protected specie, inside a game reserve, which is illegal, and even hunting permits would not apply there.

The story was first reported in December 2008 by the internet news site Fergana.Ru, registered and published in Moscow.