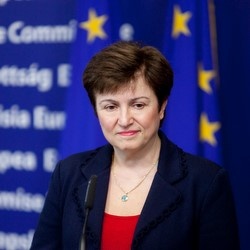 *Commissioner Georgieva has provided this article for exclusive publication by Novinite.com (Sofia News Agency) on its website and in its newspapers, The Sofia Morning News, and The Sofia Weekly.

The name of Sahel brings images of drought and hunger. Still vivid in our minds are pictures of starving children that hit the TV screens in 2005. Then the world thought such a catastrophe should never happen again. But today the risk is high it will.

A combination of harsh climate and an economic crisis has put the region in the brink of disaster. The erratic rains of this year have caused a massive deficit in food and fodder production.

Agricultural production has fallen by more than 30% in Niger and more than 34% in Chad. Food prices are around 30 percent higher that the last 5 years average and many households have lost the help they used to get from relatives working abroad as a result of the protracted economic crisis.

It is estimated that up to 10 million people in Niger and Chad alone require emergency support to survive the current lean period, which will last until the next harvest in November.

The governments of both countries have declared a state of emergency and asked for international assistance.

The UN launched a humanitarian appeal for USD 190 M last April, which was amplified by the visit to the region by Sir John Holmes, the UN’s Emergency Relief Coordinator, who emphasized the need to act now and to also look at structural measures.

After the 2005 famine in the Sahel, we at the European Union have substantially increased our support for the region, Starting from 8 Mio EUR in 2005, we have increased funds available on the basis of early warning indicators and techniques we have developed over the years. This year alone, the Commission has allocated over ?60 million to help those in desperate need in the region.

But, as the situation is worsening, more funds are needed. On June 2, I approved the allocation of additional EUR 24 M of the Commission’s food aid to the Sahel.

Immediately after I traveled to Niger to make sure we work with the authorities to direct assistance where it is needed most, especially to feed the children whose life and future are at the highest risk.

An eminent expert in nutrition, Yves Martin Preval, once said "if you can see malnutrition in a child then it is often too late". I hope others will join the Commission in stepping up assistance before the signs of hunger are back on the TV screens.

In September 2000, 192 countries committed to the Millennium Development Goals. The first one is to Eradicate extreme poverty and hunger by 2015, and yet millions of people in Sahel are still confronted with food shortages. Sadly there are reasons to fear that these catastrophes are unlikely to recede. On the contrary, they may increase.

On the one hand, climate change is particularly acute in regions where food is scarce, with more violent rains, and longer draughts. On the other hand, the financial crisis might make donor countries more reluctant to dedicate funds to humanitarian aid and development.

We should not allow the current economic situation to jeopardize our ambitions in the global fight against hunger.

My dream for the Sahel would be that the quick reaction of the International Community this year prevents a famine there, that the development of the country builds up the resilience to face new crises and that the last terrible hunger of 2005 might be precisely that – the last one.