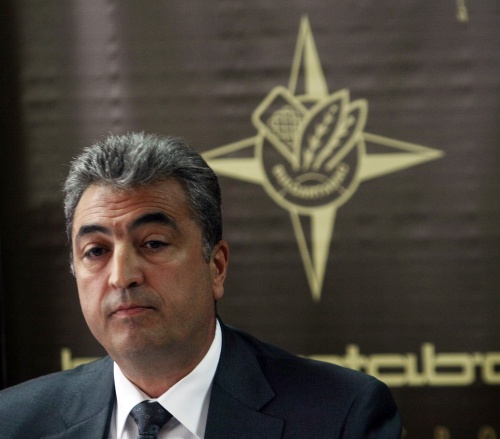 Bulgaria's State tobacco monopoly “Bulgartabac” announced their sales have jumped by 15% to 20% in the last two weeks, thanks to the special police operation aimed at fighting contraband.

The management of the holding held an emergency press conference Thursday, which was prompted by statements of the Director of Bulgaria's Customs Agency, Gen. Vanio Tanov, who, in an interview for the Bulgarian daily “Standart,” declared “Bulgartabac” is trying to privatize the company for “next to nothing.”

Georgi Kostov, Deputy Chair of the Board of Directors, said the worst thing a high-ranking State employee can do is to begin insinuating the company is near bankruptcy at a time when consultants (Citigroup Global Markets Ltd.) are trying to seal the privatization deal, adding for this reason “Bulgaratabac” had failed to find a buyer in the last 15 years.

Kostov, however, affirmed that the financial state of the Holding is such that they hope to sell it for a “very decent price.”

The “Bulgartabac” CEO, Ivan Bilarev, firmly rejected Tanov's accusations the company is being drained and dismissed the latter's claims a very large percent of the cigarette prices is given to distributors, by saying this is as a common practice aimed at stimulating merchants to sell more cigarettes.

“Our rebate for distributors is now 9%. It, actually, went down from last year's 10%,” Bilarev said, adding the Holding is not threatened at all by insolvency, but, to the contrary, is constantly improving.

Bilarev offered data in support for his statements: planned 2010 investments for the purchase of new assembly lines in the amount of BGN 33 M, three work-shifts at cigarette factories that are still not enough to satisfy the high demand; 51% import increase for the firs quarter of 2010 on yearly basis, all at a time when the legal cigarette market in the country is shrinking.

Kostov added that it is normal for every State company, when the State does not do anything to secure normal market conditions, to turn to outside ones as “Bulgartabac” has been doing lately.

In April, the legal cigarette market is estimated at 860 tons, while one year earlier it has been 1 400 tons. “Bulgartabac” holds 36% of the market now compared to over 50% around the same time last year, according to company's data.

“If the cabinet cuts contraband at least half, we can sell up to an additional 150 000 tons of cigarettes a month,” the Holding's management says.