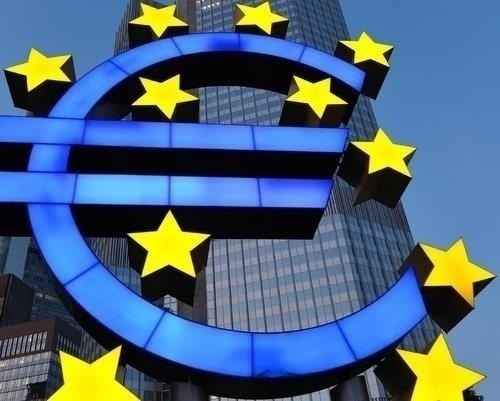 From The Washington Times (washingtontimes.com)

Whether you are a homeowner or a country, it is better to have responsible rather than irresponsible neighbors.

Two of Greece's neighbors are Macedonia and Bulgaria. The Greek financial crisis is causing pain in both neighboring countries, but much more so in Macedonia. The OHRID Institute, a Macedonian free-market policy organization, and the Vienna, Austria-based Hayek Institute sponsored a conference in Skopje, Macedonia, last week, in which local and international government officials, private business leaders and scholars met to discuss the global financial situation and its impact on the Balkans.

Macedonia was part of Yugoslavia, having achieved its independence in 1991, yet its neighbor Greece continues to punish Macedonia for totally irrelevant historical events. The present land of Macedonia has been occupied by many peoples over the past few thousand years. In the popular mind, it is most often associated with Alexander the Great and his father Philip (who was actually born in modern-day Bulgaria).

The Greeks have an emotional attachment to the name and have a bordering province also named Macedonia, even though Slavic people have been the majority population for the last 1,300 years in the land that is now the country of Macedonia. Despite this, when Macedonia declared its independence from Serbia, the Greeks insisted that it could not be called Macedonia, and thus it was admitted to the United Nations with the name of the Former Yugoslav Republic of Macedonia (Macedonia) - a rather awkward name for a country - which the Macedonians have refused to accept.

Most countries of the world, including the U.S., now recognize Macedonia by its chosen name, the Republic of Macedonia, but the Greeks continue to resist. The Greeks have blocked Macedonia's entrance into NATO and its full membership in the EU. (Any member state can blackball any new potential member in these and some other international organizations.) The "name dispute," however, has not kept Greece and Macedonia from actively trading with each other and engaging in normal commercial relationships, including considerable Greek investment in Macedonia. Yet the Greeks have put Macedonia in a jam because it is landlocked and also locked out of NATO and the EU. And now, the Greek financial crisis has resulted in a major drop in exports (12 percent of its traditional market) from Macedonia to Greece.

Bulgaria, which shares a border with Greece and Macedonia, is faring much better. It is a member of both NATO and the EU. While Greece has allowed its deficit-to-GDP number to rise to an unsustainable 125 percent, Bulgaria's debt-to-GDP ratio is one of the lowest in the world at only 15 percent. Eurozone members are supposed to keep their debt-to-GDP ratios below 60 percent. (Note: France, Germany, Italy, Spain and most of the other countries are in excess of that ratio, and thus are in no position to bail out the others.) Bulgaria is not yet fully on the euro even though its currency is pegged to it. Bulgaria has been running low deficits, but only in recent weeks has it allowed its deficit to rise above 3 percent. It can correct this with modest spending-rate reductions, provided the government shows more firmness and guts on the fiscal front.

In recent years, Bulgaria has achieved (up to this global recession) a very respectable, real per-capita economic growth rate of a bit more than 6 percent. Macedonia has not done as well, but even so has achieved a five-year compound annual growth rate of 4.7 percent. Both Macedonia and Bulgaria have continued economic reforms and are moving towards more economic freedom, unlike Greece. Bulgaria has benefited from having a highly active free-market policy organization - the Institute for Market Economics (IME) - which has been aggressive in promoting free-market reform.

Macedonia has greatly picked up its free-market-oriented reform effort during the last three years and has brought down the size of government to about 33 percent of GDP. A major reason for the faster economic growth rates in Macedonia and Bulgaria, as contrasted with stagnant Greece, is that both countries have adopted flat-rate income-tax regimes of 10 percent on both personal and corporate taxes. Greece, by contrast, has a maximum tax rate of 40 percent, which is now slated to go even higher as part of the international agreement for the financial rescue. Why anyone thinks the Greeks will now pay their taxes when the rate goes above 40 percent, given that they were unwilling to pay taxes at the current rate defies common sense and economic logic.

Greece, on the other hand, has received a free pass from the major countries of the EU for far too long. Its politicians lied for years about the fiscal health of the country and provided the international community with phony numbers. The taxpayers of Europe and even those in the U.S. will have to pay more, and the people of Macedonia and Bulgaria will face a shrinkage of their markets because of Greek irresponsibility.

It is ironic that the current policies of the U.S. and a number of European governments are the same as those that got Greece in trouble - including higher marginal tax rates. Yet, the U.S. and many Western European policymakers ignore the obvious fact that low-rate, flat-tax countries that have restrained spending are doing relatively better than others with profligate policies. What will it take to wake them up?

Richard W. Rahn is a senior fellow at the Cato Institute and chairman of the Institute for Global Economic Growth.