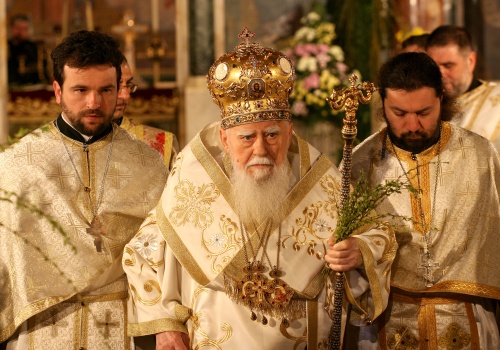 The dissidents from the Bulgarina Orthodox Church have asked Patriarch Maxim for forgiveness, the TV channel PRO.BG reports Friday.

The Holy Synod, the Directorate for Religions, and the Minister for Bulgarians Abroad, Bozhidar Dimitrov, have all been notified about the decision for the unification of the Church.

The three highest-ranking clergy from Bulgaria’s Alternative Synod, who extended a hand to the Patriarch, are the Sofia Metropolitan Inokentii, the former deacon from the Rozhen Monastery, Bishop Yoan Bogoslov and Father Nikolay Nikolov.

Meanwhile, Emil Velinov, Director of the Directorate for Religions told PRO.BG that 107 religions are officially registered in Bulgaria, but there aren’t problems with any of them.