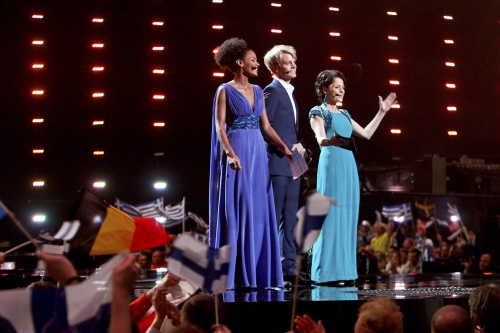 Four of the ten countries which qualified for the final of the Eurovision song contest after Tuesday’s semi-final are from the Balkans.

The songs of Albania, Bosnia and Herzegovina, Greece, and Serbia all were voted to participate in the final on Saturday, May 29, together Moldova, Russia, Belarus, Portugal, Iceland, and Belgium.

The other seven countries participating in the first semi-final in Norway's capital Oslo Tuesday night – Estonia, Slovakia, Finland, Latvia, Poland, Malta, and Macedonia – failed to make it to the final.

Bulgaria’s representative Miro with his song “Angel” will compete in the second semi-final on May 27, Thursday, together with Azerbaijan, Turkey, Ukraine, Denmark, Israel, Lithuania, Sweden, Switzerland, Georgia, Croatia, Cyprus, Ireland, the Netherlands, Romania, Armenia and Slovenia.

France, Germany, Spain, Britain and Eurovision 2009 winner Norway have a right to direct participation in the final on Sunday.