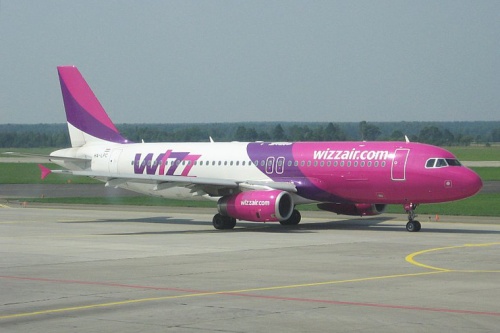 Wizz AIr has registered its first Airbus A-320 plane in Bulgaria. Photo by wordpress.com

The biggest low-cost air company in Bulgaria is considering launching flights to and from the country's second largest city of Plovdiv.

At a special news conference Tuesday, the management of Wizz Air Bulgaria announced the registration of its newest aircraft Airbus A-320, which will be the company's third plane with Bulgarian registration.

The low-cost operator also confirmed the news about the launch of four new routes from Sofia including flights from the Bulgarian capital to Paris, Frankfurt, Bologna, and Madrid. Wizz Air's first Sofia-Bologna flight was launched on Saturday, May 22, with a promotional price of the tickets of EUR 33.99.

Kristian Krastev, Wizz Air executive manager for Bulgaria, has announced that the company will plan 45 new jobs in the country. Wizz Air Bulgaria expects over 700 000 passengers in 2010. Last year Wizz Air carried more than 590,000 passengers to and from Bulgaria, marking a whopping 76% rise over the previous year.

“We will continue to invest in Bulgaria because we feel safe here. Our company plans to start shortly flights to and from Plovdiv. The potential of the Plovdiv Airport is yet to be utilized, it will undergo dynamic development,” Krastev said.

Wizz Air is the biggest low-cost air company in Central and Eastern Europe. The company plans to add more flights to its schedule from Sofia to Eindhoven and Valencia, which will be serviced three and four times a week respectively.

The low-cost company currently holds 11% of the Bulgarian aviation market, preceded only by the national carrier Bulgaria Air.